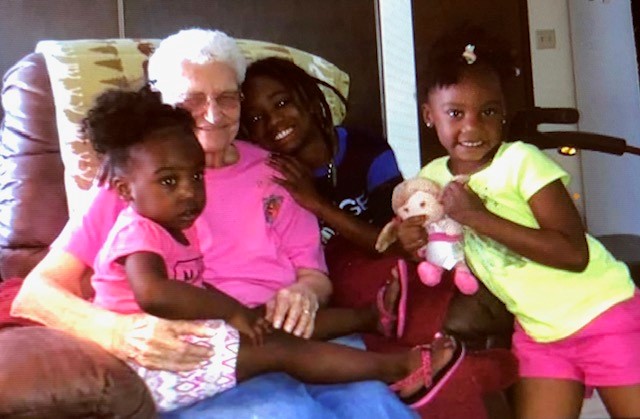 The daughter of John Weisner and Emma Pflipsen, Marian was born May 27, 1927 at Osseo, MN, in Hennepin County.

On September 22, 1966, Marian married Emil Holte and gained a son, Lyndon Holte and resided in Minneapolis, selling their home in 1991 and building their retirement home on Pelican Lake near Ashby.

Marian worked at the Society for the Blind, a passion for her as Emil was himself, blind. After six years, she went to work doing blueprints for H.A. Rogers remaining there 22 years.

Emil passed away in 1992 and in 1997 the home was sold. She moved to a home in Ashby until 2005, before moving to an apartment, enjoying Bingo, trips to casinos with friends, doing word searches, and rummage sales. At the time of her death, she resided at the Broen Home.

Marian is survived by daughter, Anna Nelson Nash, of Minneapolis; stepson, Lyndon (Kathy) Holte, Brooklyn Center; and special godson and nephew, Darrin Finkelson, along with nine grandchildren; 11 great grand-children and six great-great-grandchildren, as well as many loving family and friends.

Online condolences may be left at www.glendenilson.com.

To order memorial trees or send flowers to the family in memory of Marion Holte, please visit our flower store.