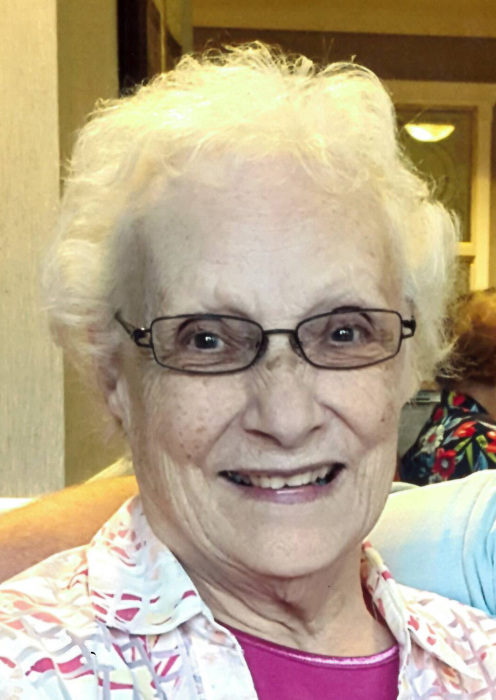 She was born August 17, 1928 in Fergus Falls to Frank and Anna (Pedersen) Schmidt.  She grew up in Buse and Orwell Townships and attended high school in Fergus Falls.  On February 8, 1948, she was united in marriage to J. Russell Johnson at Trinity Lutheran Church in Fergus Falls.  Marie was employed at Woolworths in Fergus Falls.  She has been a member of Hope Lutheran Church since 1976 where she served as a former board secretary, education chairperson, and a Sunday school teacher for 24 years.  She was also active as a leader with Bluebird and Camp Fire.  Marie had her own daycare that she ran for 24 years.  After retiring, she helped with Meals on Wheels and the Food Shelf.  She was also responsible for the weekly cleanings of the church sanctuary and replenished the “Quiet Bags” with Marion Drager.  Marie enjoyed the companionship of her cocker spaniel, Sunshine.  J. Russell passed away on September 25, 1991.

To order memorial trees or send flowers to the family in memory of Marie Johnson, please visit our flower store.