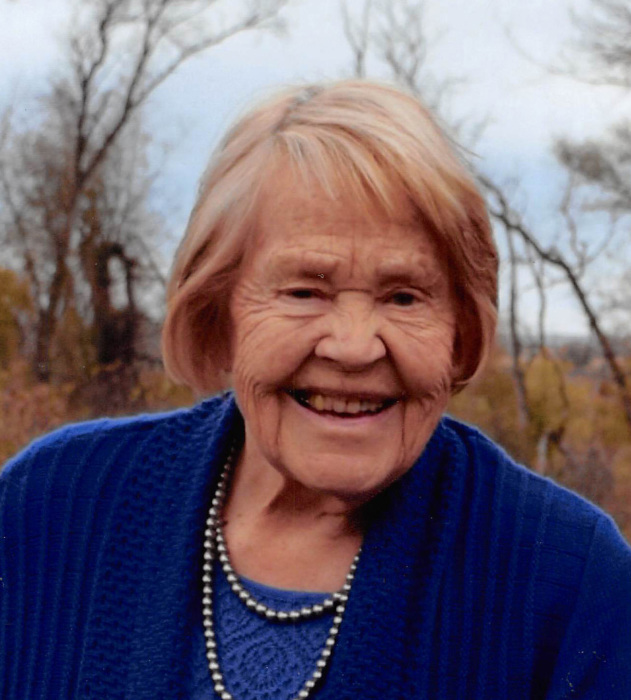 Marguerite Petersen, age 89, passed away peacefully at her home on October 20th, 2018.  Marguerite was born April 1st, 1929 in Breckenridge, MN, to John and Marie (Staples) Friederichs.  She graduated from high school in Campbell, MN.

On June 28, 1947, she married the love of her life, Dale Petersen.  Marguerite and Dale resided in Breckenridge, and Pelican Rapids, before moving to Fergus Falls in 1962.  There, they raised all of their 21 children. She was a full time Mother until completing college courses at Fergus Falls Community College. After this, she worked as a HST at Wild Rice Children’s Home, and then the Fergus Falls Regional Treatment Center.

Marguerite enjoyed spending time with family.  She had a great love for her grandchildren and great grandchildren, they were the sparkle in her eye. Her hobbies included gardening, crafts, sewing, playing dice games with her girls, bingo, and an occasional trip to the casino.

Visitation: 4 – 7 PM Wednesday, with a 6:30 PM Prayer Service at Glende-Nilson Funeral Home, Fergus Falls, and one hour prior to services at the church

To order memorial trees or send flowers to the family in memory of Marguerite Petersen, please visit our flower store.