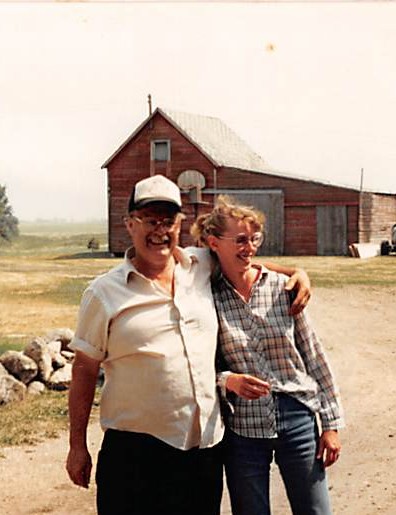 LuAnn was born December 31, 1953 to Hearman and Loraine (Martinson) Lankow in Fergus Falls, MN.  She attended Doran School through 8th grade and graduated from Breckenridge High School.  After graduation, LuAnn worked for Dr. Stahlberg Dentistry in Fergus Falls.  In 1974 she began classes at Fergus Falls Community College. Upon graduation, she began working for the Globe Gazette in Wahpeton, ND.  It was there that LuAnn met her soulmate, Ed Canepa.  They were married April 9, 1988 and made their home on a farm near French, MN.  LuAnn retired in December 2019 after 22 years of service to the City of Fergus Falls as an administrative secretary.  She always called herself the “Crazy Cat Lady” due to her extreme love of cats.  Family was so important to LuAnn.  She had many adventures with her limitless supply of cousins as she grew up.  She maintained contact with her college roommates through having annual reunions, as they too were like family to her.  LuAnn and Ed spent many enjoyable hours working in their picturesque yard which was the size of a football field.   She also enjoyed reading, chewing out the Vikings on Sundays and any kind of game or craft.  LuAnn had a passion for music and shared her talent by playing piano for the Bethlehem Lutheran Church Worship Team for many years.

She was preceded in death by her parents, sister Lynette, stepson Michael Canepa, brother-in-law Arthur Canepa, nephew Travis Canepa, and her other beloved cats, Mr. T., Einstein, Zoey and Sophie.

In lieu of flowers, LuAnn requested memorials be given to the Lupus Foundation of America.

A public visitation will be held on Saturday, October 17, 2020 from 1 to 2 PM at the Glende-Nilson Funeral Home in Fergus Falls – masks will be required.

A private family memorial service will be held.

The Glende-Nilson Funeral Home of Fergus Falls is in charge of the arrangements for LuAnn Canepa.

To order memorial trees or send flowers to the family in memory of LuAnn Canepa, please visit our flower store.