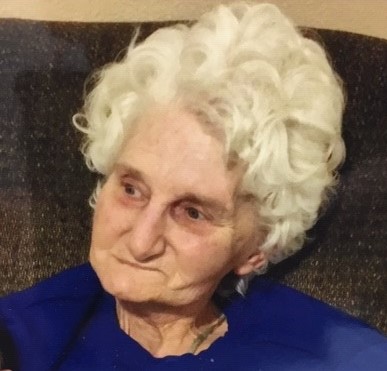 Louise Mae was born on August 15, 1939, in Perham, MN, the daughter of Marion LeRoy and Delila Mae (Shaw) Fithen.  She was the 1st of 5 children and grew up in Richville and Fergus Falls, Minnesota.

On June 17, 1961, she married Reuben Forde at the Richville Methodist Church. After living in Fergus Falls for a time they purchased a home on Wall Lake where they raised their 2 boys.  Louise taught country school in Ottertail County for many years before starting her career in 1968 at Lutheran Social Services in Fergus Falls, where she worked until she retired in 2004.  Louise was a hardworking, thoughtful mom, grandma & great grandma who cherished time spent with family. She especially enjoyed spending time with her grandchildren, her brothers and sisters and their families.  She enjoyed traveling and to just get out and go, even if it was a short-day trip to nearby city for some shopping. In her younger years, Louise enjoyed making lefse and homemade donuts and other treats with her sisters, reading, crossword puzzles, gardening, traveling and family.

She was preceded in death by her parents, Marion and Delila Fithen; husband, Reuben; and siblings, Margaret Erickson, Judy Jordahl and David Fithen.

Funeral Service: 11:00 a.m., Wednesday, May 1, 2019, at Grace United Methodist Church in Fergus Falls, with a visitation one hour prior to the service at the church.

To order memorial trees or send flowers to the family in memory of Louise Forde, please visit our flower store.