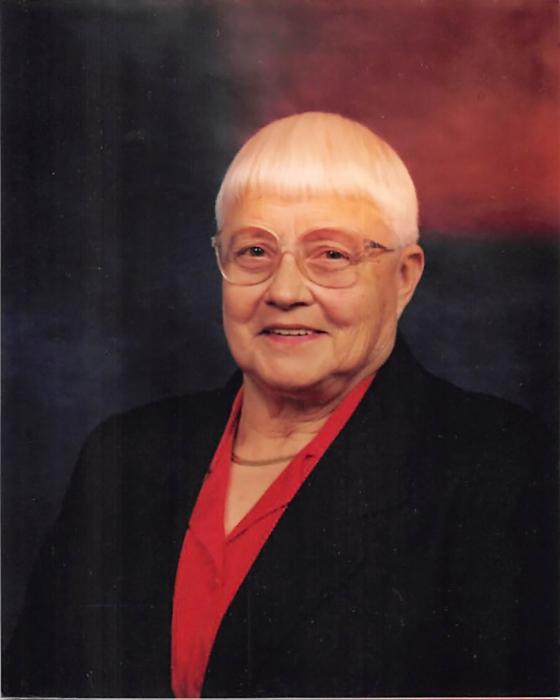 Lorraine Marie Olson was born on June 16, 1928, in Mantador, North Dakota the daughter of Herbert and Magdalene (Pausch) Nepper.  She was baptized June 17, 1928, confirmed on September 27, 1941, in the St. Peter and Pauls Church by Rev. H. Wilkes in Mantador.  She grew up in Mantador and graduated from the Hankinson High School in 1946.

Lorraine and Virgil V. Olson were married on November 26, 1948, in Fergus Falls by Rev. William VanDyken of the Federated Church.  In 1946, she waitressed with Lundes Café in Fergus Falls where she met Virgil.  After their marriage they moved to the family farm by Ashby where she helped farm and became a housewife.  In 1956, they moved to Idaho and in 1961, they returned to Minnesota purchasing a farm by Parkers Prairie.  In 1966, they purchased their farm by Blanche Lake where they had access to both Blanche and Otter Tail Lake.  Virgil died on October 1, 2002.  Lorraine continued to live in her home until she moved to Ashby and then to the Pioneer Care in Fergus Falls.  She enjoyed animals, gardening, flowers and loved feeding the birds.

Memorial Service: 7:00 PM, Friday, June 14, 2019, at Glende-Nilson Funeral Home in Fergus Falls with visitation one hour prior to the service.

To order memorial trees or send flowers to the family in memory of Lorraine Olson, please visit our flower store.