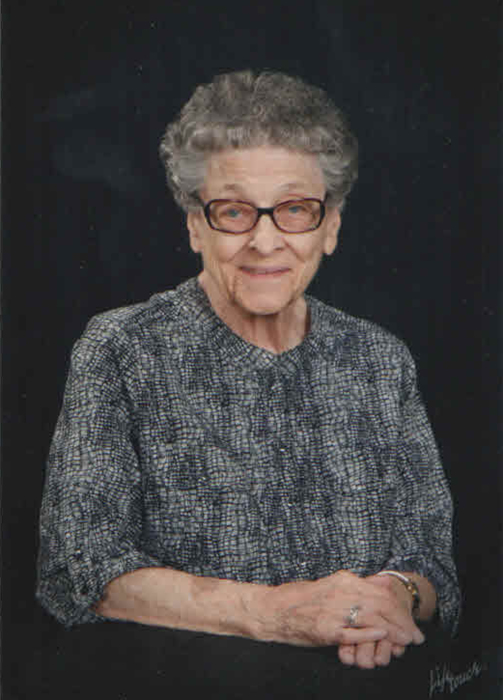 Lorraine was born March 5, 1926 in Breckenridge, Minnesota to John and Regina Novotny.  She grew up in Breckenridge where she met her future husband, Kenneth Bjorke, son of Herman and Lucy Bjorke of Battle Lake.

Ken and Lorraine were married on September 14, 1944. During WWII they first lived in Hastings, Nebraska.  Ken worked in an ammunition plant and Lorraine also worked in the plant checking primers on large shells.  Two years later the moved back to Breckenridge.  After years of living in Minneapolis the retired to the Battle Lake area.

Lorraine’s life was centered around her family.  She enjoyed trips to Grand Marais with her daughters and granddaughters also movies, lunches out and fun with her cousins.  She enjoyed playing bridge, birdwatching and being on the lake.

Lorraine was preceded in death by her parents, husband Ken and brothers Richard and Warren.

Interment: Our Lady of the Lake Catholic Cemetery

To order memorial trees or send flowers to the family in memory of Lorraine Bjorke, please visit our flower store.