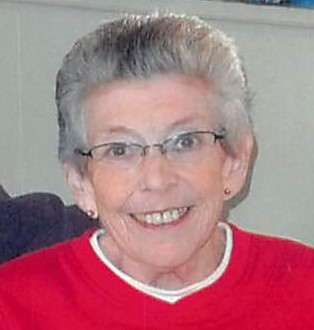 Lois Delphine Swenson was born on July 10, 1934, in Kerkhoven, Minnesota the daughter of Chester and Emma (Sagedahl) Swenson.  Del was baptized and confirmed at the Kerkhoven Lutheran Church, she attended the Kerkhoven Public School graduating from Kerkhoven High School in 1952.

Del and Roger A. Larson were married on May 27, 1953, in the Lutheran Church in New London, Minnesota.  Del worked at Simmond’s Produce in Kerkhoven while Roger served in the U.S. Army from 1953 to 1955.  After Roger’s discharge they together started farming and raised their family.

In 1972, Del and Roger moved to Clitherall and purchased the Sportsman’s Bar, which they operated until 1999, when they retired and moved to their new home on the east side of West Battle Lake.

Del enjoyed spending time with people, cooking, canning, her family and especially time with her grandchildren.  She was a member of the VFW Auxiliary in Fergus Falls.

She is survived by her daughters, JoLynn Larson (Craig) of New London and Tamla (Steve) Beckman of Prior Lake; son, Scott (Cindy) Larson of Plymouth; six grandchildren; five great-grandchildren; and by numerous relatives and friends.  Del was preceded in death by her husband, Roger; parents, Chester Swenson and Emma and Emil Marquardt; and by three sisters, Charlotte Mitteness, Merlaine Ammermann and Lorraine Thompson.

Celebration of Del’s Life will be 11 AM to 2 PM Saturday, April 17, 2021, at the Clitherall Community Center in Clitherall.

Celebration of Del’s Life will be 11 AM to 2 PM Saturday, April 24, 2021, at Kerhoven Lutheran Church in Kerkhoven.

To order memorial trees or send flowers to the family in memory of Lois "Del" Larson, please visit our flower store.