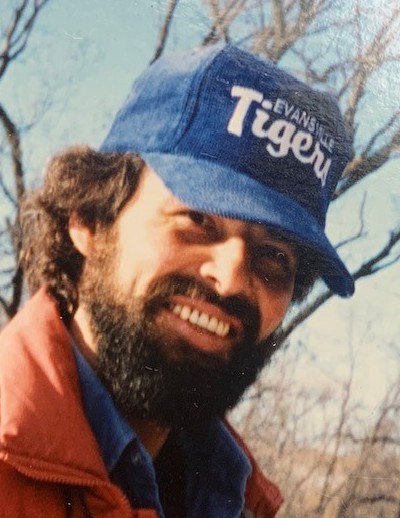 Lloyd John Schecker was born on May 27th, 1952, in Alexandria, Mn. He was confirmed and baptized at St. Ann’s Catholic church in Brandon, Mn. He graduated from Evansville High School and from an early age started going to work first thing after school with his dad in the family business, “Schecker Plumbing & Heating.” He was the oldest and later he was blessed to work side by side with his brothers. He was an utterly talented and brilliant man who from learning these excellent work habits as a young kid, could down to nearly every detail, build a house from the ground up. He was an avid hunter and fisherman and he loved shooting guns. Anything outdoorsy, and he was there! In the last few months of his life while at the assisted living he had just recently moved into, he was famous for his frequent and nearly unending “Nature drives”.

Lloyd John Schecker was an incredibly loyal person. Someone you could always rely and depend on when the chips were down. Lloyd made great sacrifices. None knew this more than his son, Shawn, who, for many years struggled with alcoholism. But Lloyd never gave up on his son during those difficult years and in the face of it all, always kept his head up and always fought valiantly for his son, always encouraging and supporting him, and cheering him on no matter what. It was in fact, Lloyd’s guidance that, 4 years ago, his son left Evansville to find recovery in sobriety up in Moorhead, Mn where he conquered his drinking habit and has been sober ever since.

Lloyd deserves much of the credit for this, and it is because of this that Lloyd Schecker is very well the reason that his son stayed alive long enough to find recovery and success in life.

Lloyd Schecker was an excellent man who by all measure, went above and beyond for his family and his friends, and he should be looked at as nothing short of a hero. Because he absolutely is.

He is survived by his son, Shawn Schecker and his siblings Jim Schecker, Don Schecker (Julie), Carol Behrens (Kenny) and Paul Schecker (Melanie) along with numerous nieces and nephews.

He is preceded in death by his parents Floyd & Flavian Schecker and his brother Mike.

He was dearly loved and will be dearly missed.

Celebration of Lloyd Schecker’s life will be on Tuesday, September 7th at the Evansville Senior Center from 6-8 pm. Coffee and donuts will be provided.

To order memorial trees or send flowers to the family in memory of Lloyd Schecker, please visit our flower store.