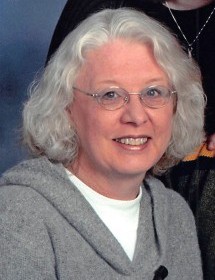 Linda Kaye (Gast) Rheault was born March 25,1951, to Theodore and Pearl (Schultz) Gast in Breckenridge, MN. She grew up in Wahpeton, ND and graduated high school in 1969.  She pursued nursing training at the North Dakota State School of Science and completed her training in 1970. Linda relocated to Fargo, ND and began her nursing career at Dakota Hospital.  Her career then brought her to St. John's Hospital and later back to Dakota Clinic.  During this time, she met Mike Rheault. They married August 4, 1984, and made their home in Fargo, ND. Their marriage was blessed with a daughter Laura Ann on October 20, 1986.

Visitation: 5:00-7:00 p.m. Thursday, February 3, 2022, with a Prayer Service at 6:30 p.m. at Glende-Nilson Funeral Home in Fergus Falls, MN and will resume one hour prior to the service at Our Lady of Victory Catholic Church in Fergus Fall, MN.

To order memorial trees or send flowers to the family in memory of Linda Rheault, please visit our flower store.