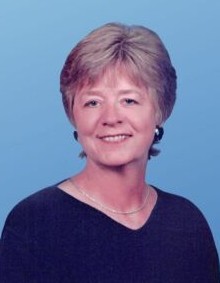 She was born June 16, 1944 in Fergus Falls to Melvin and Harriet (Hilden) Salvevold.  Linda was baptized and confirmed at Bethel Lutheran Church in rural Ashby.  She grew up in rural Ashby and attended school at District 2 in St. Olaf Township.  She went on to graduate from Ashby High School.  After her graduation, she went to work in Fergus Falls for the U.S. Fish and Wildlife Service.  On July 24, 1965, she was united in marriage to Allen Boe at Bethel Lutheran Church.  The couple moved to Charleston, SC and then to Elbow Lake after Allen’s discharge from the U.S. Navy.  They lived in Starbuck, MN and Little Falls, MN before returning to Ashby.  Linda was employed at the Ashby Public School until her retirement in 2006.

Linda was a member of Peace Lutheran Church where she taught Sunday school, was a member of the church circle and active in the church.  She also enjoyed spending time on the farm, fishing, street rodding, spending time with her friends and annual family vacations to Door County, WI.  She especially enjoyed the time she spent with her grandchildren.

Linda is survived by her husband, Allen Boe of Ashby, her daughter, Sarah (Gary) Johnson of Coon Rapids, MN and two grandchildren, Andrew Johnson and Isaac Johnson.  She was preceded in death by her parents, two sisters, Joyce Evavold and Helen West, a sister-in-law, Renee’ Langlie and a brother-in-law, Donald Evavold.

Memorials are preferred to the Pelican Lake Cemetery Fund or to the Alzheimer’s Association.

To order memorial trees or send flowers to the family in memory of Linda Boe, please visit our flower store.