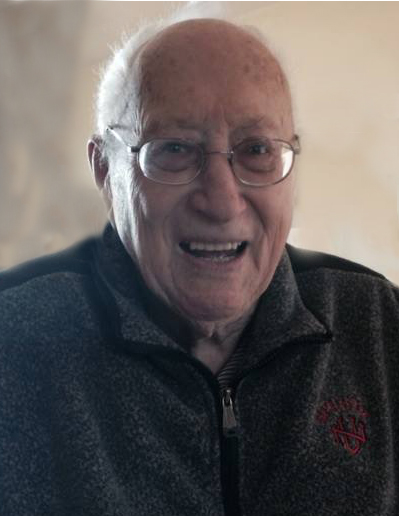 Lawrence Russell Streif, age 99, died suddenly at home on August 3, 2019. He was born to Charles and Clara Streif on 11/9/1919 at Clear Lake, Wisconsin. His mother died when he was 5 years old and he was then raised on a dairy farm by his Grandmother, Anna Marie Streif, near Clear Lake while his dad traveled and worked as a bridge builder. His younger brother, Richard Streif, was raised by his aunt and uncle, Naomi and Bill Johnson and lived about 25 miles away.

Lawrence (Larry) graduated from high school in Clear Lake in 1938. He was drafted into the US Army 85th Infantry Division in 1942. After training in the US he was shipped to North Africa in 1943 and then to Naples, Italy in 1944. His company was on the front lines of combat in Italy. He was appointed sergeant when his commander was killed and received the Bronze Star. He was discharged in 1945 and enrolled in the University of MN where he graduated with a Bachelor of Science degree in Agriculture 1950.

Lawrence and Paulina Lynch met in college and were married in 1949. He was employed in Kenyon, MN as a Veterans' Agricultural Instructor. He then joined the US Soil Conservation Service as a conservationist and worked in Austin, MN and Fergus Falls, MN. He retired from the US Soil Conservation Service in 1980. He was active throughout his life. He was an avid hunter and fisherman. He spent many hours in maple syrup production, planting trees, working at the MN State Fair, lakeshore development, playing cards, NARFE membership, active membership at Tonseth Lutheran Church, attending Army reunions, making new friends and keeping the old.

He was preceded in death by his parents, grandparents, brother and wife, Paulina, who died in 2004.

Blessed be the memory of Lawrence Streif.

Funeral Service: 11:00 AM Friday, August 9, 2019 at Tonseth Lutheran Church, Erhard, MN with visitation one hour prior to the service.

To order memorial trees or send flowers to the family in memory of Lawrence Streif, please visit our flower store.