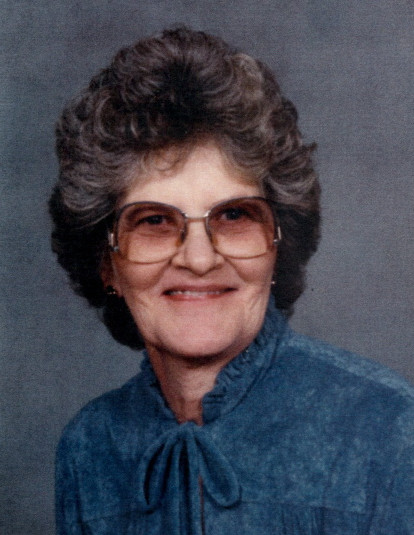 Laura Caroline was born March 19, 1931 to parents Albert and Minnie Boettger in Glenburn, ND. She was baptized on April 13, 1941 at Lynch Immanuel Lutheran Church. On August 12, 1945 she was confirmed. The family moved from rural Glenburn to rural Hankinson, ND, and later moved to Fergus Falls, MN. It was while she was living in Hankinson, she met Loren Medenwaldt. Laura and Loren were married on December 29, 1949. To this union four children were born: Kieth, Carolyn, Terry, and Julie. Laura worked on the family farm for many years and also worked at the Holiday Inn for a number of years. She was a member of Immanuel Lutheran Church in Western Township, MN and of St. Paul Lutheran Church in Campbell, MN. She was also a member of the American Legion and VFW of Breckenridge, MN. She was a member of a sewing club, a 4-H leader, and a member of Ladies Aide.

Laura enjoyed crocheting, gardening, and reading. She also loved socializing, visiting with friends, and spending time with her family.

She is preceded in death by her husband Loren Medenwaldt; parents Albert and Minnie Boettger; sister Margaret; brother John; and son-in-law Donn Weber.

Funeral to be held Thursday, July 7, 2022 at 1:00 PM at Glende-Nilson Funeral Home in Fergus Falls, with a visitation beginning an hour prior.

To order memorial trees or send flowers to the family in memory of Laura Medenwaldt, please visit our flower store.
Open