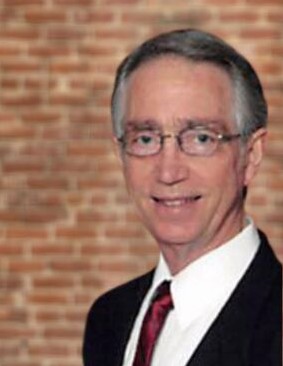 Larry White, 82, of Fergus Falls went home to be with the Lord on December 22, 2020. He was born in Des Moines, IA on October 4, 1938 to Franklin and Margaret (Milbourn) White. At the age of 14, he accepted Jesus Christ as his personal Savior, re-dedicating his life to the Lord in 1978 and baptized by emersion. He married Twila White February 24, 1979 and moved to Fergus Falls in 1984. He worked several different jobs in Fergus, the most recent at Security Insurance and the YMCA, retiring in 2015. He was a member of the Woodland Baptist Church, serving as treasurer and Sunday School teacher. In his younger days, he was very active in the Republican Party, attending meetings and participating in parades. He was proud to be an American and served in the National Guard for 15 years. He loved the Lord, enjoyed reading, especially the Bible, and loved being with his family and friends. He and Twila were also foster parents for 8 years. Larry is survived by his wife, Twila, son, Jim White, daughters, Margaret (Gary) Ramberg and Christina Fordham, seven grandchildren, seven great-grandchildren and seven foster children, a brother, Frank (Betty) White, sister-in-law, Shirley Robertson, brother-in-law, Gary (Betty) Osborn and many nieces and nephews. He was preceded in death by his parents, step-parents, a son, Chuck, an infant brother, Lyle, brother, Merle, step-sister, Barb, and an infant granddaughter, Jessi Ramberg. Services were held on Monday, December 28, 2020 at 1:00 P.M. at Woodland Baptist Church in Fergus Falls. Burial: Fairmount Cemetery in Fairmount, ND Funeral Home: Glende-Nilson Funeral Home of Fergus Falls Condolences: www.glendenilson.com

To order memorial trees or send flowers to the family in memory of Larry White, please visit our flower store.