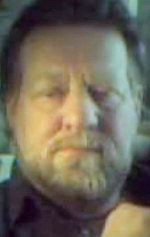 Larry Edward Kemnitz was born on March 6, 1949, in Fergus Falls, Minnesota the son of Ralph and Beatta (Halvorson) Kemnitz.   He attended school in Battle Lake, then Phoenix, Arizona and graduated from Battle Lake High School in 1967.   He furthered his education at Minnesota State University of Winona, graduating with a four-year degree as a Para Legal.  In the 1970’s, Larry built his home on his property by Silver Lake.  He was employed as a carpenter prior to driving truck, spending years as an owner-operator doing over the road trucking.  Larry loved his family, his friends, his dogs, his country, fishing, motorcycles and his view of the lake.   He was a member of National Rifle Association.

He is survived by two sisters, Sharon Ann Kemnitz and Donna (Frank) Yule both of Minneapolis; and by numerous relatives and friends.  Larry was preceded in death by his parents, Ralph and Beatta Kemnitz.

Memorial Service:  2:00 PM, Friday, June 1, 2018, at Glende-Nilson Funeral Home in Battle Lake with visitation one hour prior to the service.

To order memorial trees or send flowers to the family in memory of Larry Kemnitz, please visit our flower store.