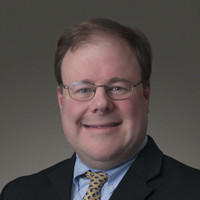 Kristian, “Kris” was born on December 28, 1969, in Copenhagen, Denmark to Mark and Arlene (Carlson) Dahl. Kris grew up in Minnetonka, MN, with his brother Jon Dahl. He graduated from Hopkins High School in 1988. Kris then graduated from Wesleyan University in 1992. During a semester exchange program in 1990 at American University in Washington, D.C., he met his future wife Julie Dahl. After graduating third in his class at Wesleyan University, he attended the University of Minnesota Law School and Humphrey School of Public Affairs in 1996. Kris was a member of the Mensa Society and loved reading, writing, and politics.

Kris began his law career at the National Right to Work in Burke, VA, where he stayed from 1997-2001. From 2001-2004 he worked at Wright & Talisman in Washington, D.C., where he went into energy litigation. From 2005-2017 he worked for McGuireWoods in Richmond, VA, specializing in federal and state regulation for electric and gas utilities. From 2017-2020 he lived in Fergus Falls, MN, and worked as an Associate General Counsel for Ottertail Power Company.

Kris was a loving and devoted family man who loved the Baltimore Orioles, drawing maps, and attending political events with his high school friends. But above all, Kris put faith and family first. He was a communicant at Our Lady of Victory Catholic Church in Fergus Falls. He is survived by his wife; six children; mother, Arlene Dahl; father, Mark Dahl; brother, Jon (Beth) Dahl; and a large extended family.

Visitation: 5 – 7 PM Monday, with a 6:30 Knights of Columbus Rosary, followed by a prayer service, at Glende-Nilson Funeral Home, Fergus Falls, and one hour prior to services at the church.

Mass of Christian Burial: 11 AM Tuesday, February 18, 2020, at Our Lady of Victory Catholic Church, Fergus Falls

To plant a beautiful memorial tree in memory of Kristian Dahl, please visit our Tree Store.

To order memorial trees or send flowers to the family in memory of Kristian Dahl, please visit our flower store.