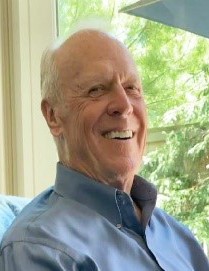 Kenneth was born on December 30, 1941, in Manitowoc, Wisconsin the son of Anton and Agnes (Howard) Chermak.  He graduated from Lincoln High School, Manitowoc, WI, in 1960.   While at Lincoln High, he was captain of the football team, played basketball, tennis and was a member of the rifle club as a great left-handed shooter. He furthered his education after receiving a scholarship to play football at the Michigan Technological University in Houghton, Michigan. While attending Michigan Tech, he received a mechanical engineering degree, was a member of the Kappa Delta Psi fraternity, and has remained an active alumnus for both the fraternity and the football program for many decades.

While attending Michigan Tech, Ken met the love of his life, Patricia (Pat) Ann Gemignani, with many family ties to Hancock, Michigan where her father founded Gino’s Restaurant. Ken and Pat were married on April 24, 1964, in Ishpeming, Michigan and they celebrated 57 beautiful years together.

Ken and Pat lived in various places, during the 35 years Ken was employed as a Regional Manager with Graco, Inc.  The last twenty-one years of his career in Plymouth, MN.  In 1994 Ken and Pat retired to their Blanche Lake Home in Battle Lake, Minnesota. They were also blessed to enjoy 15 years wintering in Arizona.

Ken had a zest for life and was a wonderful friend to anyone who knew him.   He enjoyed summer and winter fishing, hunting, golfing, cooking and gardening.  He will be remembered for his integrity, honesty and loyalty.

Memorial Service: Saturday, June 18, 2022 at 11:30 AM at Our Lady of the Lake Catholic Church, Battle Lake, Minnesota

Family requests donations be made to the Kenneth C. Chermak, Sr. family for a memorial to be created in his name.

To order memorial trees or send flowers to the family in memory of Kenneth Chermak Sr., please visit our flower store.