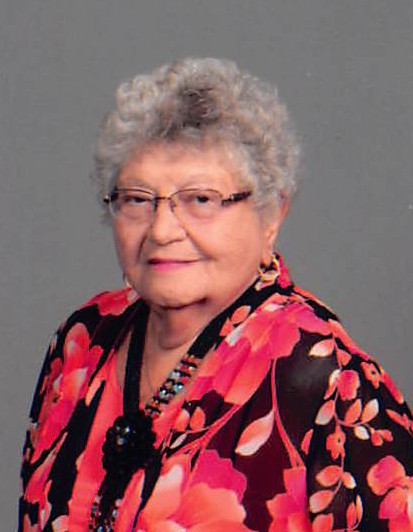 She was born October 25, 1928 in Wahpeton, ND to Orie and Christine (Marsh) Dickerson.  She grew up on a farm outside of Wahpeton and graduated from Wahpeton High School.  She then attended St. Francis School of Nursing in Breckenridge, MN for three years.  On November 23, 1949, she was united in marriage to Harlan Nelson at St. John’s Catholic Church in Wahpeton.  The couple made their home in Milnor, ND until 1988, when they moved to their lake home on Pickerel Lake.  Kathy had a nursing career in Lisbon, ND at the hospital for 32 years.  In 1988, she began working at the Good Samaritan in Battle Lake, MN and was employed there for 16 years.

Kathy enjoyed gardening, especially her rose bushes – she had over 200 of them!  She also enjoyed her nursing career during her working years.  Kathy enjoyed volunteering for various functions at St. James Catholic Church.  She especially enjoyed the time she spent with her grandchildren and great-grandchildren.

To order memorial trees or send flowers to the family in memory of Kathleen Nelson, please visit our flower store.