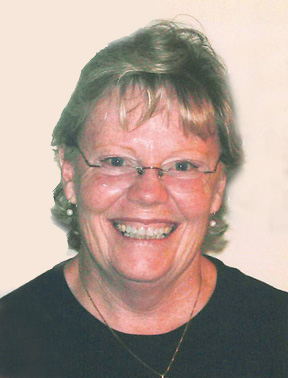 Karen Margaret Renville was born on May 27, 1946, in Oklahoma City, Oklahoma the daughter of Carl and Beatrice (Williford) Swanson.  She was baptized in the Catholic Faith.  Kerry was born into a military family, attended various schools, and graduated from Park High School in Cottage Grove, Minnesota.

Kerry and Thomas Renville were married on August 29, 1964, in Watertown, South Dakota.  After their marriage they lived in Inver Grove Heights, Minnesota.  She was employed with Pro One Hour Photo, Target and K-Mart.  She did photography work and was a homemaker raising her family.  In 2001, Kerry and Tom moved to their lake home on Fiske Lake.  She was an avid reader, enjoyed gardening, especially her hostas, cooking, fishing, writing her daily journals and her honey do list. Going snowmobiling up North with Clarence and Elayne was something Kerry greatly enjoyed.  She also had a love of cribbage and would play with anyone who came to visit.  Kerry loved animals, her dogs and cats and watching birds.  She enjoyed time with her family and especially her grandchildren.  Kerry did all her grandkids senior photos and always doted on all the grandkids.

To order memorial trees or send flowers to the family in memory of Karen "Kerry" Renville, please visit our flower store.