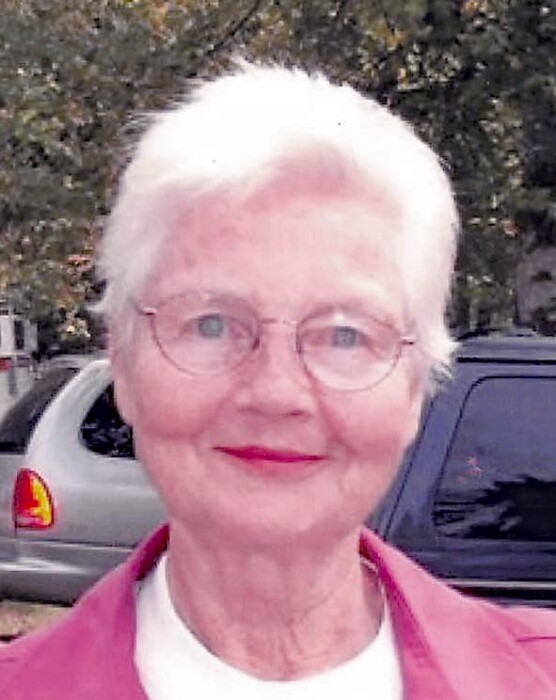 Karen Martha Schjei, 86, of Evansville, passed away on Tuesday, September 14, 2021 at the Evansville Care Campus.

She was born on September 17, 1934 in Douglas County to Joel and May (Engen) Angen.  She was baptized, confirmed and graduated in Brandon.  She was united in marriage to Kenneth Schjei on October 4, 1952 in Webster, SD, in a snowstorm.  To this union, four children were born: Elizabeth, John, Louise and Joel.  Karen drove school bus for Brandon School District from 1970 – 2013.  She loved driving bus and was never afraid to stop the bus along the road if the kids were naughty and say, “I have all the time in the world”.  The kids would usually fess up.  Karen never scolded them in front of the other kids but, rather, always had a one on one.  Along with driving bus, Karen was a hostess for the Utopia Tours bus service for many years.  Karen’s husband, Kenneth, was the driver on many of the trips they took.  She also worked at Ostrom Hardware for many years.  In her spare time, she painted and wall papered the inside of many homes in the area.

Karen’s love for music was passed down from her parents which she then passed down to her children and grandchildren.  There was always music in her home.  Karen played the piano mostly by ear.  Throughout the years, she was involved in three bands: Sonny and the Schjeis, Decades Later, and most recently, Schjei Country, which she just retired from in 2020.  She was a fabulous piano player and a great singer.  She will be missed very much.

Another love of Karen’s was “The Point” on Devils Lake by Brandon.  She loved being at the lake and camping with her motor homes (she had many throughout the years).  She also enjoyed canoeing, swimming and spent a lot of sunny days in the fishing boat with Kenny.  He fished and she sat in the sun.  Karen and her twin sister, Karolyn (Ulsager) spent a lot of time together and they both enjoyed canoeing and paddled around many area lakes and rivers.

There will be no thank you notes mailed out, however the family wants to thank everyone for their support, friendship and kindness throughout the years and sharing this special day with them.

To order memorial trees or send flowers to the family in memory of Karen Schjei, please visit our flower store.