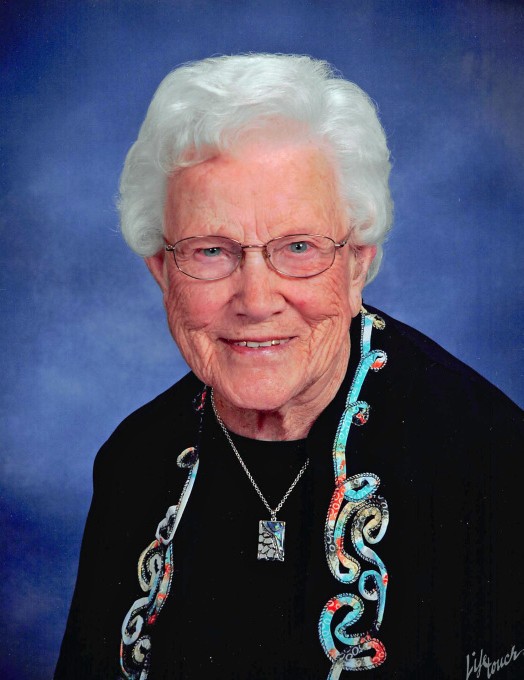 Judith Louise Hepper was born on September 4, 1911, in Lignite, North Dakota the daughter of Hans and Jennie (Bengtson) Sandberg.  She grew up in Lignite, graduating from Lignite High School in 1929.  After high school she attended Minot Teachers College and received her teaching certificate in 1931.  Thereafter she taught in Lignite, Balfour and Underwood, ND.

In 1937, she married Dr. Erven J. Hepper, the Underwood dentist, and they made their home in Underwood.  She retired from teaching to raise a family in 1940.  After raising four children, Judith returned to teaching first grade in 1962.  She was involved in many activities in Underwood, including playing organ for Augustana Lutheran Church, starting the Girl Scout program in Underwood, and establishing the Augustana Christmas Tea, of which she was particularly proud.

In 1975, Erven and Judith both retired and moved to their home on Eagle Lake, south of Battle Lake, Minnesota.  While living at the lake some of Judith’s interests included attending the First Lutheran Church as well as being actively involved in the Food Shelf, the Progressive Club and Eagle Lake Homemakers.

In lieu of flowers donations are suggested to the Ottertail County Humane Society, the Battle Lake Food Shelf or to a charity of your choice.

Funeral Service:  11 AM, Wednesday, March 14, 2018, at First Lutheran Church in Battle Lake with visitation one hour prior to the service.

To order memorial trees or send flowers to the family in memory of Judith Hepper, please visit our flower store.