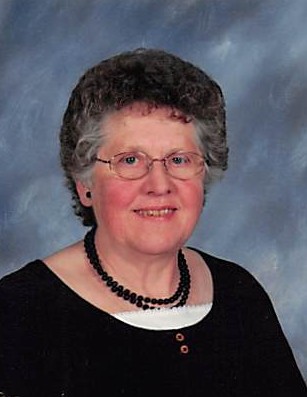 Joyce Katherine Evavold was born on September 20, 1937, the daughter of Melvin and Harriet (Hilden) Salvevold.  She was baptized and confirmed in Bethel Lutheran Church of rural Battle Lake.  Joyce attended District #2 in St. Olaf Township, graduated from Ashby High School in 1955, attended three years at Concordia College in Moorhead, before getting her teachers certificate.  She taught sixth grade for two years in Annandale, Mn.

In November of 1958, Joyce married Donald Evavold at Bethel Lutheran Church, and they began dairy farming together until his death in 1997.  Joyce was a member of Grue Lutheran Church, was involved with the Ladies Aide and teaching Sunday School.   She was a 4-H Leader and was on the West Otter Tail Farm Wife Committee.  Joyce enjoyed flower and vegetable gardening, was a great cook, and always had a pot of coffee on.  She loved spending time with her granddaughters.

Public Visitation will be Tuesday, July 21st from 4 to 7 PM, at the Glende-Nilson Funeral Home in Battle Lake.

Private Family Service will be at Grue Lutheran Church of rural Ashby with interment in the church cemetery.

To order memorial trees or send flowers to the family in memory of Joyce Evavold, please visit our flower store.