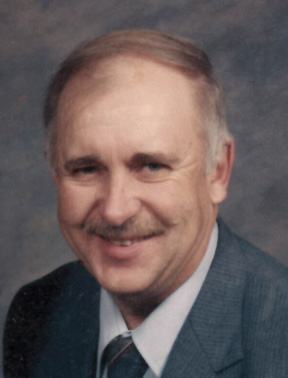 Joseph Ernest Mauer was born on March 15, 1942, in Fergus Falls, MN, the son of Ernest And Alice (Zimmer) Mauer. Joe grew up in Fergus Falls and was baptized at Our Lady of Victory. He attended Madison grade school and graduated from Roosevelt Sr. High in 1960. He worked at Sash & Door, the Turkey Plant, Duren Motors and over 30 years at Mid America Dairy where he worked in maintenance and was the Steward of Teamsters Union.

On September 19, 1964, Joe was united in marriage to Sharon Wellbrock at Immanuel Lutheran Church and resided in Friberg Township on their hobby farm on the Ottertail River. They raised three children, Heidi, Joey and Tom.

Joes greatest love was his wife of 53 years and spending time with his family. He looked forward to yearly family fishing trips to Canada, many hunting trips with his wife and sons in Alaska and especially their trips to Kodiak to see their grandsons Joey and Kyle and go Salmon and Halibut fishing. He spent countless hours with his grandson Joshua, teaching him to drive tractor, working in the garden, mowing grass and relaxing with a diet coke by the garage.

He was preceded in death by his parents, Ernest and Alice; a sister, Sister Carolita Mauer OFS, father-in-law, Dennis Wellbrock, brothers-in-law, David Agar and Dennis Johnson.

Funeral Service: 1:00 P.M., Monday, July 30, 2018, at Immanuel Lutheran Church, rural Fergus Falls, with a visitation one hour prior to the service at the church.

Funeral arrangements are with the Glende-Nilson Funeral Home of Fergus Falls for Joseph Mauer.

To order memorial trees or send flowers to the family in memory of Joseph Mauer, please visit our flower store.