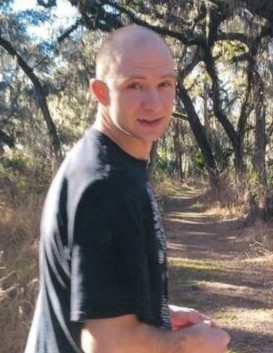 Jonathan Luke was born on March 27, 1990, in Fergus Falls, Minnesota, the son of Russell Lloyd and Debra Ann (Weiland) Jobe. Jon was baptized at Destiny Church in Ashby. He attended Destiny Academy school in Ashby where he played football and was known to be a class clown making the other students laugh and smile.

On April 2, 2015, he married Aaliyah Itaquay Ali in Fergus Falls, MN. Jonathan worked as a chef at Big Chief where he served as Kitchen Manager. Most recently he worked at Slack Painting where he worked on commercial painting. Jonathan was a hard worker, who was a jack of all trades, fixing speakers, electronics and computers. He truly loved his family and cherished spending time with his nieces and nephews and precious daughter, Jurnee. Jon also enjoyed cat fishing in the summer.

Jonathan was preceded in death by his maternal grandparents, Ralph and Helen Weiland and paternal grandmother, Jeanette Jobe. He is survived by his wife, Aaliyah Jobe and their daughter, Jurnee of Fergus Falls; parents, Deb and Russel Jobe of Ashby; seven siblings, Matthew Jobe of Ashby, MN, Sarah Danielson of Elbow Lake, MN, Daniel Jobe of Moorhead, MN, Jeremiah (Rachel) Jobe of Hoffman, MN, Rebecca Jobe of Fargo, ND, Jessica Sachs of Pelican Rapids, MN and Gabriel (Baily Barry) Jobe of Fergus Falls, MN; along with many nieces, nephews, cousins and a host of friends. God bless the memory of Jonathan Luke Jobe.

Memorial Service: 11 a.m., Saturday, March 26, 2022, at Destiny Church in Ashby, with a memorial gathering one hour prior to the service at the church.

To order memorial trees or send flowers to the family in memory of Jonathan Jobe, please visit our flower store.