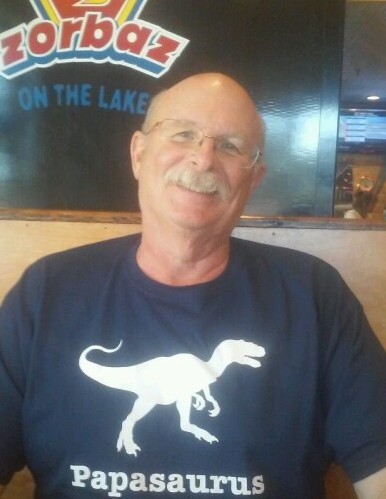 He was born in Minneapolis on June 14, 1952, the son of Ben and Winnie (Hanson) Andres.  Since the age of 5, John grew up on the family farm in Corcoran, MN and graduated from Buffalo High School in 1970.  On August 10, 1974, John married the love of his life, Linda Blowers at St. Thomas the Apostle Church in Corcoran.  After raising his son, Matt, and his daughter, Mandi in Apple Valley, MN, and a long career in the Twin Cities, John and Linda retired to Pelican Lake in Ashby.  John and Linda had a wonderful 46 years together and enjoyed camping when their children were young, and traveling across the United States, Europe, and Ireland as they became empty nesters.

John loved cooking competition BBQ, rides on his Gold Wing, life at the lake, and spending time with his family.  Papa Moose enjoyed his grandchildren, their hugs, talks, and especially wrestling and goofing around with them.  John was one of the original members of the Minnesota BBQ Society and the road trips he and Linda took down to Texas, for the “best of” brisket, were his favorite trips.  He was an active member in the Ashby Community Club and the Ashby Lions Club.  His favorite “job” with the Ashby Lions was reading to the Ashby kindergarten classes.

John was preceded in death by his parents, Ben and Winnie Andres, and his brothers, Bob and Bill Andres.  He is survived by his wife, Linda; his son, Matthew (Christina) Andres of Sleepy Eye; his daughter, Amanda (William) Gordon of Prior Lake; four grandchildren: Meriden, Elias, Bode and Inara; his brothers, Joe, Phillip (Shari), and Charlie; and his sister, Mary (John) Mattson; and many nieces and nephews.

Memorials are preferred to the Ashby Lions Club.

To order memorial trees or send flowers to the family in memory of John "Moose" Andres, please visit our flower store.