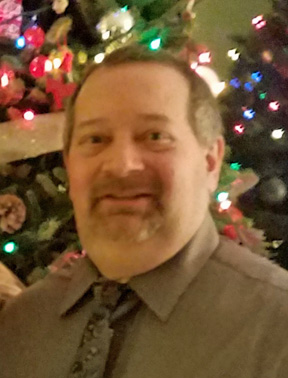 John was born to Peter and Irene (Leland) Tungseth on February 20, 1965, at Fergus Falls, Minnesota. He grew up on the family farm at Fergus Falls, graduating from the Hillcrest Academy in 1983. John then attended the Science School in Wahpeton for autobody and M-state in Fergus Falls. It was at M-State that he met his future wife Nancy. He went on to attend Brown Institute for radio broadcasting. John and Nancy Schroeder were married on June 30, 1990, at Bethel Lutheran Church in Fergus Falls. They were blessed with a daughter, Alexis. John was employed at KBRF radio for seven years and then was employed with Metz Bakery up until the time of his death. Nancy passed away in October of 2005. John and Ruby were married in 2007 in the Philippines.

John enjoyed visiting, speaking and singing. He was an avid hunter and fisherman and he encouraged and taught his passion for the outdoors to his family. He enjoyed exposing the Filipino interns to the American culture. His church family was important to John and was a big part of his life. He was proud of the work he and Ruby did to help feed children in the Philippines. He loved spending one on one time with his daughter: watching her school activities,coffee time, having a banana split, and movies.

He is preceded in death by his parents; and his first wife, Nancy.

Visitation:  4 - 7 PM Thursday, with a 7 PM Prayer Service, at Glende-Nilson Funeral Home, Fergus Falls, and one hour prior to services at the church.

To order memorial trees or send flowers to the family in memory of John Tungseth, please visit our flower store.