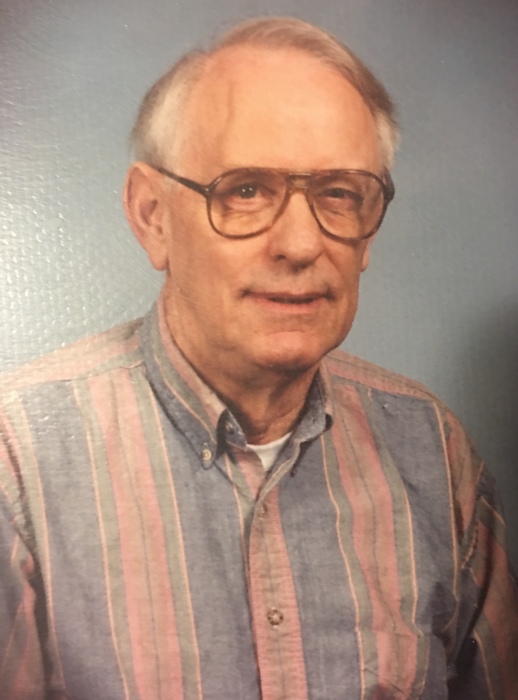 John R. Miller (87) of Fergus Falls, MN passed away peacefully Tuesday, January 15, 2019 at the Pioneer Care Center after a long and happy life.

He was born October 24, 1931 to Robert T. and Irene (Slack) Miller.  He was baptized and confirmed in Our Lady of Victory Catholic Church and graduated from the Fergus Falls High School in 1949.  Growing up he helped his family on their dairy and grain farm.  He entered the US Air Force in 1951 and was stationed at Clark Air Force Base in the Philippines, where he met his wife Flo and married in 1966.  They had two sons, Joseph and Robert.  John was stationed at numerous AFB which included Kelly, Clark, Goodfellow, Lackland, Andrews and retired at Offutt AFB Nebraska.  John served 21 years and retired in 1972 as a Personnel Technician.  After his discharge, John brought his family home to Fergus Falls, MN.  He attended the Fergus Falls Community College in 1974 and Moorhead State University in 1976, graduating with a Bachelor of Arts Degree in Accounting.

In his earlier years, John enjoyed bowling, and fastpitch softball, and was an avid hunter and fisherman.  He was also active as umpire on many local softball leagues.  And let’s not forget, a tireless and faithful MN Vikings and Twins fan.  His favorite place to go was The Family Diner for breakfast, which he did nearly every day.  John’s family meant the world to him, especially his sons, and he played an active role as they were growing up.  His calm demeaner, genuine spirit, kindheartedness and silly jokes will be missed by all who knew him.

John is survived by his two sons, Joseph (Jennifer) Miller of Tacoma, WA and Robert (Joy) Miller of West Fargo, ND; four grandchildren, Celia (Johannes) Albrecht of Colorado Springs, CO, Cameron Proctor of Graham, WA and Berlyn and Londyn Salwey of West Fargo, ND; three great-grandchildren, Serenity, Justin and Dayton Leilani of Colorado Springs, CO and Wyatt of Tacoma, WA.  In addition to his parents, John was preceded in death by his brothers, Thomas and as an infant, Robert, and his sister, Mary.

To plant a beautiful memorial tree in memory of John Miller, please visit our Tree Store.

To order memorial trees or send flowers to the family in memory of John Miller, please visit our flower store.