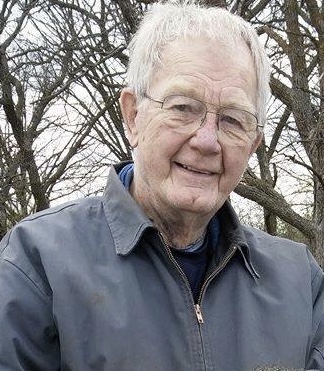 Born in Flint, Michigan, John later moved with his family to Ann Arbor, thus ensuring his lifelong fandom of all things Wolverines. He was an outstanding athlete for Ann Arbor High School, lettering in football, swimming, and track all three years. John also spent much of his free time with his pet raccoons, obtained while the family summered at the U of M Biological Station where John’s father conducted research. Despite these distractions, John performed well enough in his academics to win scholarships to attend the University of Michigan after High School Graduation.

In college, John was able to pursue both his love of athletics and love of wildlife. At University of Michigan, he earned an all-Freshman letter in football. Midway through a bachelor’s degree, he transferred to the University of Illinois, where he participated on the swim team. He finished his academic career at Illinois with a Ph.D. in Zoology with a focus on Entomology.

John met his wife, Anna-Marie Holladay Matteson, while at the University of Illinois. They were married on October 26, 1958. Upon obtaining his Ph.D., John took a job with the US Department of Agriculture. The couple packed all their worldly possessions into John’s Renault and headed for the USDA Experiment Station in Florence, SC, their Brittany spaniel riding in Anna-Marie’s lap the whole way. They had their three children in less than five years in Florence, after which (as they said it) they decided to move on before any more showed up.

After a short time at the USDA’s Experiment Station in North Dakota, John took a job with Monsanto in St. Louis, and finally moved with his young family to Arden Hills, Minnesota, to work for 3M. John remained with 3M until age 55, when he retired and settled in Battle Lake, MN.

“Retired” might be the wrong word. John became a long-time volunteer with the Minnesota DNR, monitoring Silver Lake water levels and clarity. He served as Otter Tail County President for the Minnesota Coalition of Lake Associations, a volunteer organization focused on maintaining and improving Minnesota lakes. He also volunteered at the local food shelf for a few years and aided with the construction of the Senior Center. He was an avid bowler, participating on two men’s teams until shortly before his passing. He reportedly scored 213 in one of his final games.

During his so-called retirement, John returned to his roots, spending as much time as possible outdoors. He even adopted a family of raccoons, who regularly raided the bird feeders and begged for waffles at the door (though they weren’t allowed inside). He cultivated a vast garden, sharing his produce with his family and neighbors whenever they would take it. At 83, he built himself a chicken coop and ordered some chicks. Soon, he was giving dozens of eggs to family and neighbors, too. He enjoyed fishing, both on the water and on the ice. In summer, he could sometimes be seen dragging his grandchildren (and great-grandchildren) around the lake on various planks and tubes. John knew how to make the most of his retirement.

John is survived by his wife of 59 years, Anna-Marie Holladay Matteson, his sons Matthew and Mark (Joan) Matteson, daughter Marie (Tom) Loughin, brother Max (Ruth) Matteson II, and many loving grandchildren and great-grandchildren. He was preceded in death by his parents, Mary Margaret Patterson Matteson and Max Richard Matteson.

A special thank you to the staff of the Battle Lake Good Samaritan Center, who took excellent care of John as well as Anna-Marie during this difficult time. Special thanks also go to Shoreline Restaurant, Bar, and Bowl, who always made John and Anna-Marie feel at home.

A Celebration of Life will be held sometime during the summer. If you would like to receive notification of the time and place, please email jmattesonmemorial@gmail.com. Memorial donations can be made to the Humane Society of Otter Tail County, 1933 W. Fir Ave, Fergus Falls, MN, 56537 (https://www.humanesocietyotc.org/donate).

To order memorial trees or send flowers to the family in memory of John Matteson, please visit our flower store.