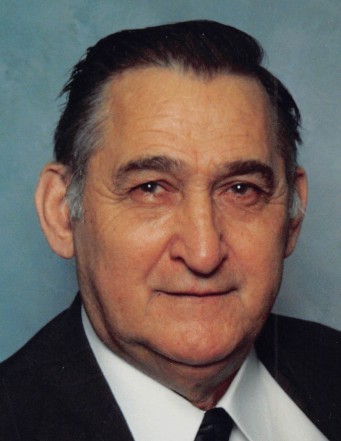 John was born October 12, 1939 in Breckenridge, MN to Bert and Margaret (Kapell) Johnson and grew up in Foxhome.  He was baptized at Foxhome Lutheran Church.  He attended country grade school and Breckenridge High School.  He then joined the USMC October 25, 1956.

On November 2, 1963 he was joined in marriage to Beverly (Elshaug) at Foxhome Lutheran Church.  They had two children together: Vicki and Christine.  He worked for Dieseth Construction out of Dalton for around 25 years, PrimeWood, Northern Contours and Shoremaster.

John was a hard worker and always on the go.  He loved bowling, hunting, golfing, watching the Minnesota Twins and Vikings.  He loved to go for drives with Bev, meeting up with friends for coffee.  John was also a big family man, always spending time with his wife, kids, grandkids and great grandkids any chance he got.

He was preceded in death by his parents, daughter Christine Eveland, grandson Darrin Harlow, brothers Robert and Richard, sisters Gert, Betty and Joyce.

Visitation: 4-7 PM Thursday, October 14 at Glende-Nilson Funeral Home and one hour prior to the service.

To order memorial trees or send flowers to the family in memory of John Johnson, please visit our flower store.