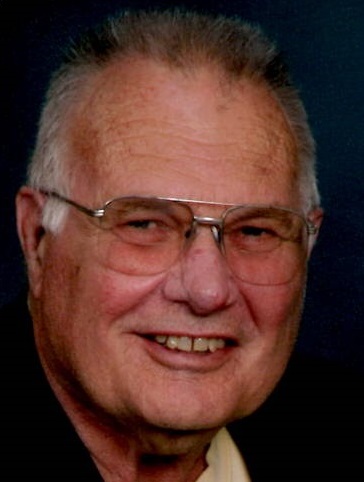 John Fredrick Cline Jr. was born on February 25, 1937 in Fargo, ND to John Fredrick Sr. and Melva Alona (Ulness) Cline. He grew up in Breckenridge, MN where he completed grade school and high school.  He was baptized and confirmed at Breckenridge Lutheran Church.  He then enlisted in the United States Army in 1957 and was Honorably Discharged in 1963. Following his discharge, he attended the Kentucky School of Embalming.  He married Lois Ambach of Hankinson, ND and they had two children.

He enjoyed both playing sports and being a spectator of them throughout his life.  Baseball was his favorite.  He enjoyed movies throughout his life attending them at times alone from the age of 4 or 5.  He operated his own businesses, a resort, a bar, a repair business, and later in life he worked as a salesman.  John retired at 61 and enjoyed reading, watching TV (sports), and keeping his lawn manicured.  He adored dogs and cats and loved to blow snow from the driveway with either his own dog or the neighbor’s right behind him.  He always helped with the house chores and enjoyed the grandkid’s visits as well as relatives and friends.  Other activities included cross country skiing, boating, swimming, and grilling his beef. He and Lois travelled all over the United States, Mexico, Europe and Norway.

He was preceded in death by his parents: John Fredrick Sr. and Melva Alona Cline, sister, Claudeen Naffziger.

To order memorial trees or send flowers to the family in memory of John Cline, please visit our flower store.