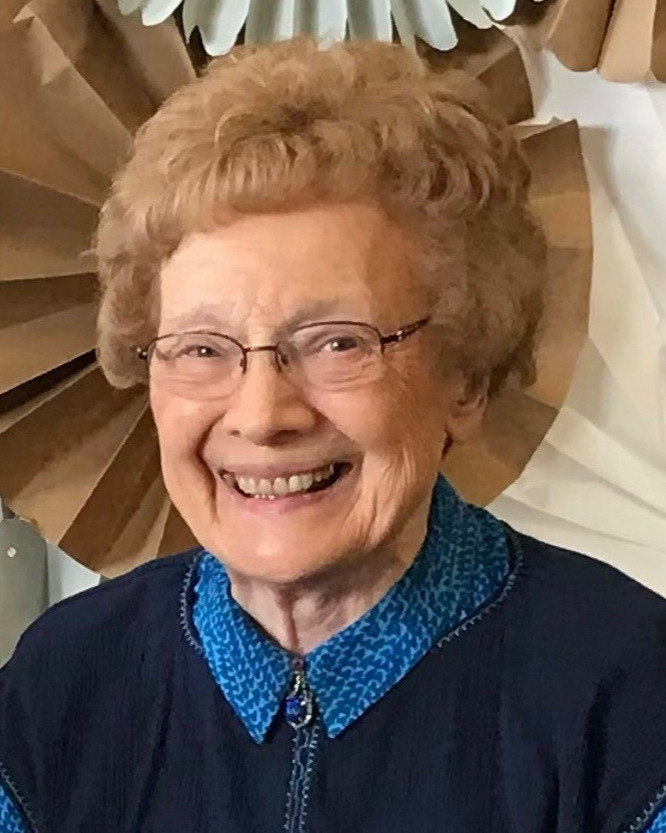 JoAnne was born March 9,1931, to Aubrey Glen and Ruby Elizabeth (Gunsolley) Milburn in Fort Scott, Kansas.  She was Baptized at Cherry Grove Baptist Church, Garland, Kansas, and married in the same church to Donald Dean Shoemaker on March 28, 1948, by Rev. R.B. Shoemaker.  They celebrated over 74 years of marriage.

Mrs. Shoemaker started her career life working for the family country store.  After graduation from high school, she assisted an insurance adjuster in Kansas City, MO, was secretary for a Wallace County, Kansas judge, and assistant to a chemistry professor at Pittsburg State University, Kansas.  After graduating from college, JoAnne taught in public schools as a media specialist in Lamar, Missouri.  The family moved to Fairbury, Nebraska, where she taught 5th grade and went on to set up a multi-media program within the school.  She simultaneously taught classes at South East Community College.  After moving to Bismarck, North Dakota, she taught 5th grade in public schools and became Assistant Principal.  She assisted her husband, Rev. Don Shoemaker, with serving in church ministry in many ways, including secretary, Sunday school teacher, co-writer of several books and more.  In retirement, they traveled to over 13 countries and volunteered in missions.  Her multi-media skills were used in Johannesburg, South Africa; Bacone College in Muskogee, Oklahoma, Central Baptist Seminary in Kansas City, Kansas; and assisted with setting up a seminary library in Prague, Czech Republic.

JoAnne and Don made Fergus Falls their permanent home in 1994 and were members of Crossroads Church. JoAnne was also a member of NEA: North Dakota Retired Teachers Association.

In lieu of flowers, memorials may be made to Crossroads Church, Fergus Falls, MN.

To order memorial trees or send flowers to the family in memory of JoAnne Shoemaker, please visit our flower store.
Folder Shoemaker.pdf
Open