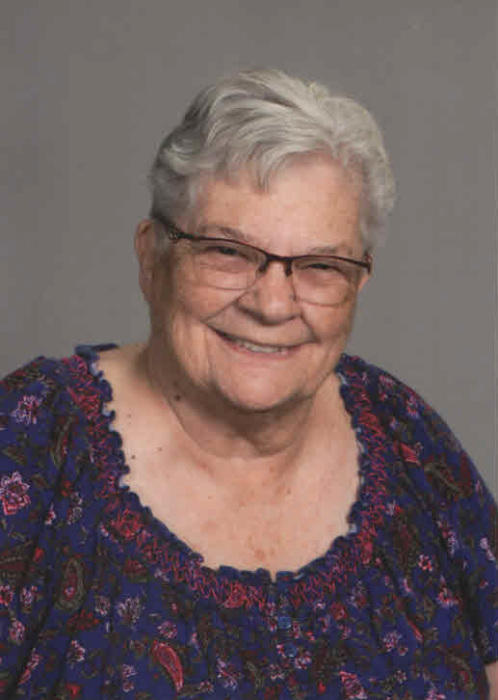 Joan Emily Englund was born on July 6, 1939, in Starbuck, Minnesota the daughter of John Helmer and Ebba Inga (Carlson) Hendrickson.  She was baptized in Immanuel Lutheran Church in Evansville and confirmed in Christina Lake Lutheran Church in Lund Township.  Joan attended Rural School District #72 in Millerville Township and then graduated from the Evansville High School in 1957.

Joan married Wendell Carmen Englund on September 18, 1965, in Immanuel Lutheran Church in Evansville and after their marriage they lived in Lund Township.  She was employed with Crestview Manor Nursing Home as a nursing assistant, then with Evansville Nutrition Center and later returned to the nursing home working in food service.  Joan enjoyed Number Find, ceramics, puzzles, bowling, quilting, collecting chickens and in her later years coloring books.  Joan was a homemaker who enjoyed her family and especially her grandchildren.  She was a member of Faith Lutheran Church.

Memorial Service: 2:00 PM, Friday, March 15, 2019, at Faith Lutheran Church in Evansville with visitation one hour prior to the service.

To order memorial trees or send flowers to the family in memory of Joan Englund, please visit our flower store.