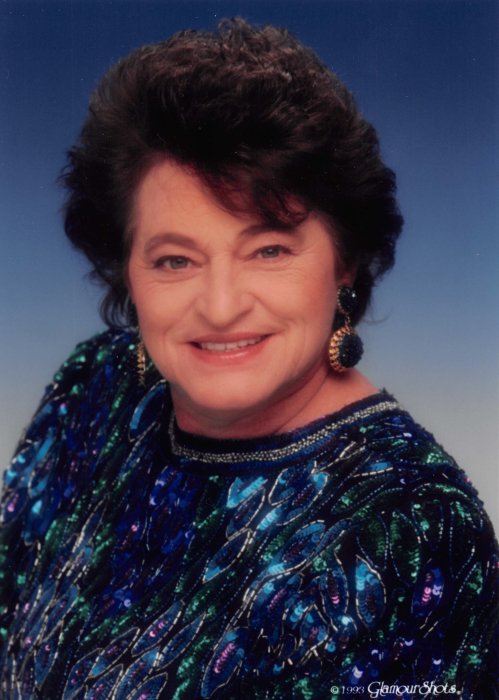 Jane Christine Heintz was born July 12, 1943 to Sebastian and Margaret (Schnellbach) Neigel in Orrin, North Dakota. She was baptized and confirmed in Orrin where she also helped out on the family farm.

She married Edward Heintz in 1960 and to this union six children were born, Cheryl, Roger, Daryl, Darla, Mark and Todd. They farmed until they moved to Fergus Falls in 1972. She worked for moving companies including Allied Van Lines -Anderson Transfer. She worked in Housekeeping at the State Hospital, which she retired from. Following her retirement, Jane worked at the Eagles, Elks and VFW for many years. She enjoyed helping people and worked at Broen as a caregiver and also as a cab driver for City Cab until her health forced her to discontinue.

Jane was very proud of her German heritage and was independent. She enjoyed huge gardens, dogs, cooking for friends and family and fishing. You could often find her cheering on her Minnesota sports teams, watching sports or Gameshow Network. Jane was passionate about playing cards, poker or cribbage. She was a member of Our Lady of Victory Catholic Church and VFW.

Mass of Christian Burial: 12 PM Saturday, January 4 at Our Lady of Victory Catholic Church, Fergus Falls with visitation one hour prior to the service and Rosary at 10:45 a.m. the day of the service.

In lieu of flowers memorials preferred to the family at 314 E Vernon Avenue, Fergus Falls, MN 56326.

To order memorial trees or send flowers to the family in memory of Jane Heintz, please visit our flower store.