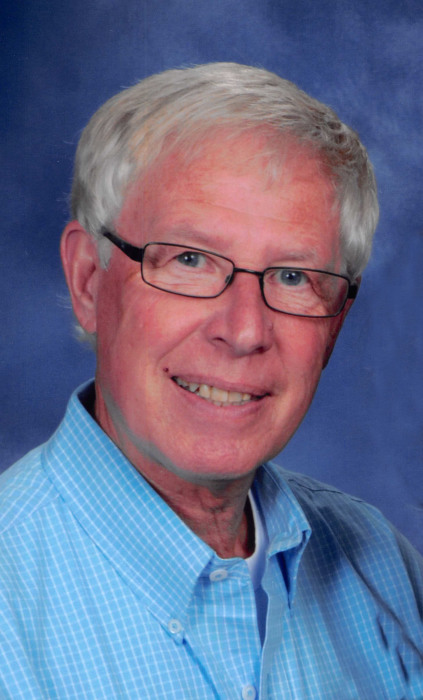 He was born on February 13, 1939 in Sioux City, Iowa to Luverne and Mary Lou Anderson. Jim graduated from high school in Sioux City in 1957 and from Augustana College in Sioux Falls, South Dakota in 1962. He married the love of his life, Elna (Ellie) Hetland in 1963. He taught language arts at Patrick Henry Junior High in Sioux Falls for seven years.

Jim and Ellie moved to Fairmont, Minnesota in 1969, where he taught English and history at the junior high and then German at the high school. He retired from teaching in 1994 after 25 years in the Fairmont school system. After retiring from teaching, he and Ellie moved to Minnesota’s lake country, where they built their dream log home on a pristine wooded lake lot. He worked at Inspiration Point Christian Camp and Retreat Center as Site Director until 1999 and then as Guest Ministries Director until his retirement.

He was passionate about education, serving as knowledge bowl coach, and was recognized as teacher of the year in Fairmont.  Throughout his years of teaching, Jim led over 25 student and adult tour groups to Germany and other European countries.  Jim and Ellie also traveled extensively together.

Jim loved nature and experiencing God’s beautiful creation, especially the outdoors (camping, orienteering, letterboxing and geocaching, birdwatching, hiking).  As a skilled and creative woodworker and craftsman, Jim built everything from toys to clocks, and proudly finished the inside of his home.  Just as comfortable with a pen in his hand as a tool, Jim was a true wordsmith, crafting puns, plays on words, and completing crossword puzzles.

In response to God’s love for him through Christ, Jim spent his life living out his faith and sharing the love of God with people around him.

Jim was preceded in death by his parents.

In lieu of flowers, memorials may be given to Inspiration Point, 13207 Inspiration Trail, Clitherall, MN 56524 or online at ipoint.org/give; or to Children’s Shelter of Cebu, PO Box 247, Cambridge, MN 55008 or online at cebushelter.org/give

To order memorial trees or send flowers to the family in memory of James "Jim" Anderson, please visit our flower store.