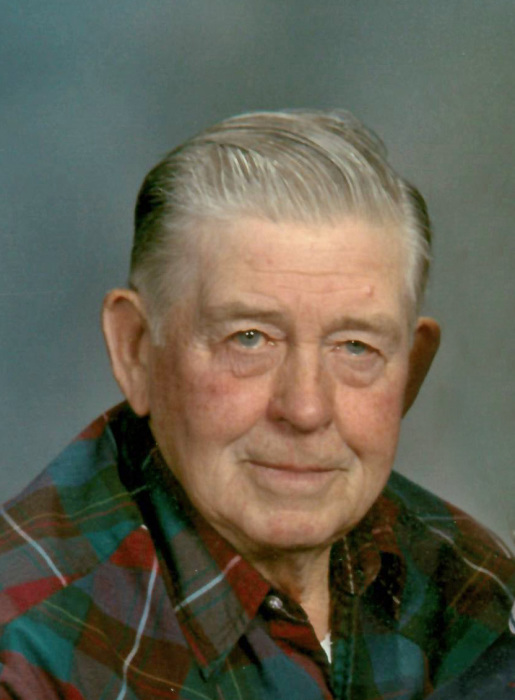 James Alvin Tegtmeier was born on December 8, 1934, in Burchard, Nebraska, the son of Alvin and Nelva (Nelson) Tegtmeier.  He was baptized in Salem Evangelical Reform Church in Steinauer, Nebraska and confirmed in the First Lutheran Church in Battle Lake.  Jim attended school in Holmesville, Nebraska through the ninth grade, then the Battle Lake High School, graduating in 1952.  He then entered the U.S. Air Force stationed at Parks Air Force Base in California, Keesler Air Force Base in Biloxi, Mississippi; then one year in French Morocco.  He was in radar operation in an early warning radar site and spent two years at a site north of Spokane, Washington.

James and Phyllis M. Nelson were married on May 18, 1958, in the First Lutheran Church in Battle Lake.  After their marriage they lived on a farm by Battle Lake, where Jim dairy farmed with his father and farmed to raise feed for their cattle.  Jim was active with the National Farmers Organization and after he sold the cows, he ran the collection point by Elizabeth.  He enjoyed deer hunting, his farming, friends, family, and especially the grandchildren, attending a lot of their activities.  Jim was a member of the First Lutheran Church where he had been head usher for many years, and served several years on the cemetery board.

Visitation: Sunday from 5 to 7 PM, with a 7 PM Prayer Service, at Glende-Nilson Funeral Home and one hour prior to the service on Monday.

To plant a beautiful memorial tree in memory of James A. Tegtmeier, please visit our Tree Store.

To order memorial trees or send flowers to the family in memory of James Tegtmeier, please visit our flower store.