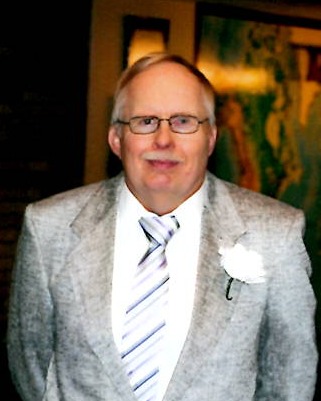 On June 14, 2013, he married Gretchen Elizabeth Hauff at Bethel Lutheran Church in Fergus Falls. Jim was inherently kind and compassionate often putting others needs before his own. He had a strong work ethic and was very health conscious, striving to eat healthy and stay active working out. He suffered with significant vision loss, but never let that impede on living his best life.

Jim ran several marathons, was a world traveler, took numerous motorcycle trips and loved his dogs. We rejoice that Jim is in Heaven but mourn the loss of a loving husband and devoted father.

Jim is survived by his loving wife, Gretchen Mjelde of Fergus Falls; daughter Karen Goodwin of Alexandria, MN and numerous family and friends. He was preceded in death by his parents, Fritz and Mabel and his first spouse, Bonnie.

Memorial Service: 11:00 a.m., Thursday, November 3, 2022, at the Glende-Nilson Funeral Home in Fergus Falls, with a visitation one hour prior to the service.

Funeral arrangements are with the Glende-Nilson Funeral Home of Fergus Falls for James Mjelde.