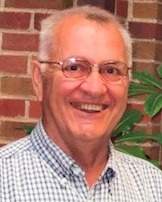 Jim was born on February 14, 1938, in St. Paul, MN to Ann and George Lachowitzer, the second child of two children.  His sibling was Delores (Lachowitzer) Ford.

Jim graduated from Wilson High School in 1956 and from Mechanic Arts Technical School.  After graduating, he began working as a machinist at The American Can Company.  Jim joined the U.S. Air Force Reserves and served for two years.

Jim enjoyed hunting, primarily deer hunting, and looked forward to it every year.  He especially enjoyed spending time with his family.

Jim was a member of Our Lady of the Lake Catholic Church in Battle Lake, MN.

Jim is survived by his wife Pat of almost 64 years; their eight children and their spouses; 20 grandchildren; 41 great-grandchildren; and sisters-in-law Delores Leier, and Charlotte (Roger) Olson, and many nieces and nephews. He is preceded in death by his parents George and Ann (Prokosch) Lachowitzer; and his sister Delores Ford.

Funeral Service to be held Tuesday November 15, 2022, at 11:00 AM at Our Lady of the Lake Catholic Church in Battle Lake, Minnesota with a visitation beginning at 10:00 AM

Interment at a later date.