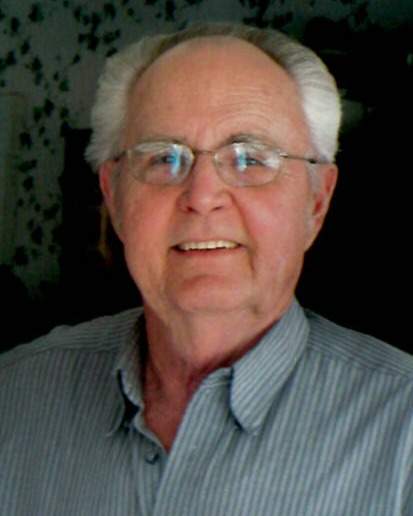 Jack Edgar Gross, 84, passed away at his home in Moorhead, MN on Friday, November 4th, surrounded by his loving family.

Jack was born June the 12th, 1938, in Arcadia, FL to Edgar and Dauphine (Schenck) Gross. He grew up in Arcadia and was just 15 when his father died, so he left school to go to work at a young age, beginning his legacy as a workaholic who did an astounding variety of jobs.

While visiting his mother and grandmother in Fergus Falls, MN, Jack met his wife Mary Jean. Their wedding took place on October 21, 1967 at St. John Lutheran Church in Elizabeth, MN. They lived in Fergus Falls, on Jewett Lake, Pickerel Lake, in the Phelps Mill area, in rural Battle Lake, Hawley, and finally Moorhead. They adopted and raised two spectacularly eccentric children, Tina and Clint, and had one beloved grandchild, Clint's daughter Alexandra (whose name he always pronounced "Alec").

Jack was a carpenter with Lampert Lumber from 1966 to 1970. Beginning in 1970, Jack and Mary Jean owned and ran Gross Disposal Service, which picked up trash from Otter Tail, Wilkin, Traverse and all of Grant counties. After selling the garbage business in 1979, Jack drove semi for Metz Baking until 1995 and was an active union member. He was a volunteer member of the Otter Tail County Sheriff's Posse for several years. His post-retirement jobs included being a driver and handyman for The Midweek in Fergus Falls, lawn maintenance with KC Lawn Service in Battle Lake, general maintenance at Rapat in Hawley, and doing seasonal hauling of corn, beans, and sugar beets. Other jobs Jack did over the years included lot attendant at a drive-in theater, daycare provider, bug exterminator at a psychiatric hospital, bricklayer, antique dealer, and alligator hunter.

After having his first four heart attacks at the age of 44, and triple bypass surgery at 49, the second half of Jack's life was shaped by intense struggles with his heart condition, and later asthma. In 1997, he had heart valve replacement surgery and received a tissue value that kept him going for twenty-five years, despite having a predicted lifespan of 10-12 years. His family was told on numerous occasions that he had almost no chance of surviving the latest crisis, and yet he made it to old age and withstood multiple bouts of pneumonia and even an emergency transport to Fargo when he was stricken with sepsis.