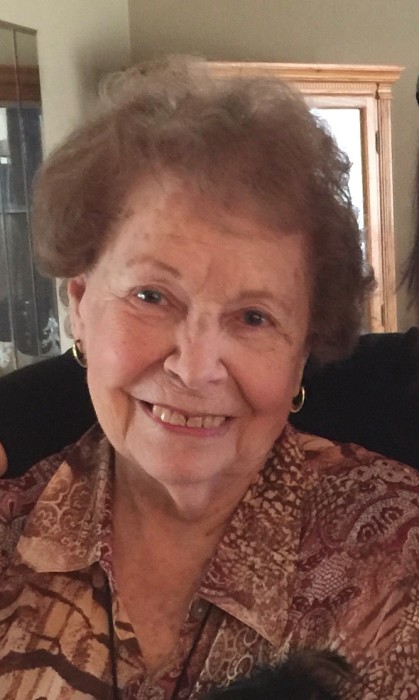 She was born on September 6, 1928, in Erhard, MN, the daughter of Fredrick Carl and Clara (Anderson) Muchow. Irene was baptized and confirmed at Maplewood Lutheran Church, rural Erhard and attended school in Pelican Rapids.

On April 7, 1946, she married Marlin Estil Leeman. The couple made their home in Fergus Falls and had seven children, Vicki, Brenda, Paula, Fred, Carla, Jeff and Cindy. Irene was a homemaker, before her and Marlin owned and operated West Lincoln Market for seven years. She then worked at Bon Jos Clothing Store in Fergus Falls for 16 years until her retirement. She was a lifetime member of United Church of Christ in Fergus Falls.

Her interests included cooking, especially her famous fried chicken, baked beans, potato salad and brownies. Irene’s family was the core of her life and her amazing food was shared throughout these gatherings. She was an avid reader, enjoyed shopping trips, flowers, walking with her group of friends and going dancing with Marlin. Irene enjoyed spending summers at their cottage on Heilberger Lake. Anyone who knew Irene was instantly drawn to her caring and kind nature. God bless the memory of Irene Carol Leeman.

Preceding her in death were her parents; husband, Marlin Leeman in 2011; son, Fred Leeman in 2016; a sister, Phyllis Anderson; brothers, Ronald, Keith and Daniel Muchow.

To order memorial trees or send flowers to the family in memory of Irene Leeman, please visit our flower store.