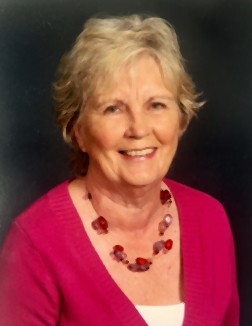 Ione Deal, 81, passed away on April 29, 2019 at her home in Battle Lake, MN. She was born on February 8, 1938 in Breckenridge, MN to John and Esther (Ladwig) Oie.  Ione grew up at 404 Ninth Street North in Breckenridge, MN, just one block south of her school.  She was involved as a baton twirler with the marching band and also played the oboe.  Her love for music was born.

Ione swept Lawrence off his feet, allowing him to give her a ride from the Wilkin County Fair to her home on 9th Street in north Breckenridge at the age of 16; classical city girl meets farm boy love story.  They were High School Sweethearts.

Ione graduated from Breckenridge High School in 1956.  After high school she spent a year working at First National Bank. Ione married Lawrence on May 25, 1957 in Breckenridge, MN at St. Mary’s Catholic Church.  The couple moved to Ayers, Massachusetts, where the newlyweds were stationed during Lawrence’s military service.  They returned to the family farm at Doran, MN in April of 1959, working side by side building their dream.

They were happily married for 62 years.  Ione loved playing music on a piano or church organ.  Her passion for the ministry of music was shared over 58 years with four parishes: Foxhome, Fergus Falls, Battle Lake, MN and Lake Havasu, AZ, and 17 priests.  Her feeling, “Mass was a celebration, and needed to be played and sung as such”.

In her spare time after raising seven kids, she enjoyed sewing, quilting, gardening, baking oatmeal cookies and raising exotic birds on the farm.

Inurnment will take place at a later date at the Church Cemetery north of Battle Lake, MN.

To order memorial trees or send flowers to the family in memory of Ione Deal, please visit our flower store.