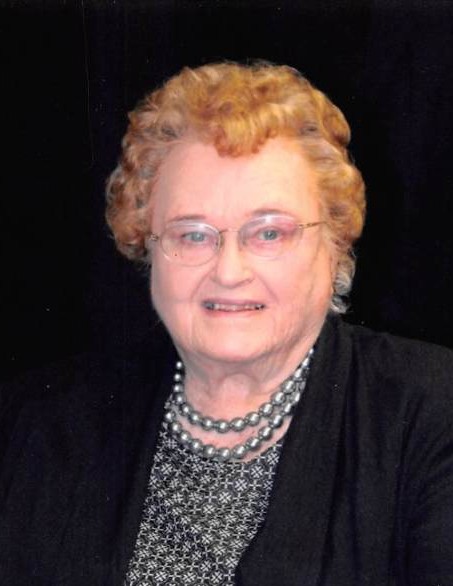 She was born January 25, 1926 in Litchville, ND to John and Mabel (Giste) Nordahl.  She grew up and attended school in Litchville.  After her graduation, she attended Valley City Teacher’s College for two years.  Inez taught in a one room schoolhouse in central North Dakota.  On January 21, 1951, Inez was united in marriage to James Anderson in Garfield, MN.  They farmed in Evansville Township until 1983, when they retired but continued to reside on the farm.  James passed away on February 24, 1985.  Inez continued to work at Crestview Manor until 1995 when she retired.

Being a teacher, education was something that was of great importance to Inez.  She pushed her children, grandchildren and great-grandchildren to always further their educations.  Inez was a wonderful painter, woodworker and rosemaler.  Food and family gatherings were a passion for Inez.  She was the happiest when she was holding a newborn baby.  Her love for children permeated her entire being.

Inez is survived by her children, Larry, Cindy and Sara; three grandchildren: Allisson Anderson, Adam Anderson and Malry Salisbury; seven great-grandchildren: Chloe, Graci, Parker, Tatum, Emma, Teagan and Elké and two adopted grandsons, Matthew and Quinnton.  She was preceded in death by her parents, her husband James, two sisters: Joyce Poykko and her husband Wesley and Adeline Meidinger and her husband Clarence, a niece, Julie Post and a nephew, Kevin Meidinger.  The three Nordahl sisters all passed away within a year of each other and are now singing their hymns in heaven.

In lieu of flowers, the family prefers memorials to Love, Inc. www.loveincdouglas.org

Visitation: Friday, July 5, 2019 from 5 to 7 P.M. at the Glende-Nilson Funeral Home in Evansville and resuming for one hour prior to the service at the church.

To order memorial trees or send flowers to the family in memory of Inez Anderson, please visit our flower store.