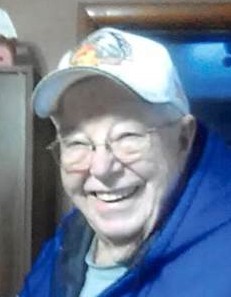 Herbert Floyd Olson was born on November 11th, 1936 to Henry and Frances (Smith) Olson at the family home in Dalton, MN. Herb was the youngest of four children.

In 1946, Herb's family moved to Fergus Falls, MN. In 1962, Herb married Verna Toso and they had 3 children together. After 10 years of marriage, Herb and Verna were divorced but have remained good friends over the years. In 1973 Herb was re-married to Cindy Rancliff, they did not share children, but Herb loved her two children, Bill and Amy, as if they were his own.

Herb was employed by the City of Fergus Falls, in the street department and the landfill, until he retired when he was 62 years old. He was also a member of the Army National Guard for 22 years and the Fergus Falls Fire Department for 28 years.

In his retirement, Herb enjoyed playing cards, shooting pool, and getting breakfast with his good friends, Gary, Donny and others. He loved deer hunting with his son Shawn. He loved all things related to cars and was especially fond of any vehicles he had back in the day. He could talk cars with his grandson Dalton, all day. He also loved attending parades, car shows and street fairs.

He is preceded in death by his parents, his two sisters, Gilma Sporre and Corrine Biksen, and his daughter Sheila Olson.

To order memorial trees or send flowers to the family in memory of Herbert Olson, please visit our flower store.