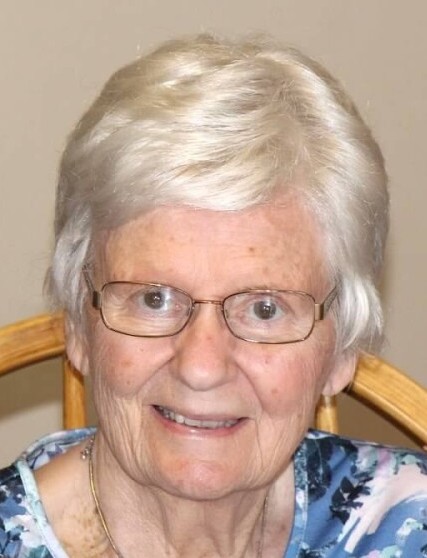 She was born in Brooklyn NY on July 8,1940 to Toralf and Margit Rodland who had immigrated from Norway in their early adulthood. She was baptized and confirmed in 59th Street Lutheran Church in Brooklyn, NY. She graduated from Fort Hamilton High School in 1958. She received her RN degree from Lutheran Medical Center in 1961 and worked there as a nurse for two years. She then enrolled at the Lutheran Brethren Bible School in Fergus Falls, MN to prepare to serve as a missionary in Africa, graduating in 1964.

During her time at Bible School, she met her future husband, Rodney Venberg, who was attending the Lutheran Brethren Seminary, and was also preparing for mission work in Africa. The Lord led them together and they were married in Brooklyn on August 22, 1964. Following their wedding, they spent their honeymoon driving across the country to Stanwood, WA where they spent a year serving Zion Lutheran Brethren Church.

A couple of days after their first anniversary, they left for France where they spent a year studying French in preparation for serving the Lord in Africa. In July of 1966 they left for Africa, where they served 30. During those years, Helen used her skills as a nurse to treat people in and around the rural village in Chad where they lived for 18 years, and later treating the student population at the seminaries in Chad and Cameroon where her husband taught for another 12 years.

Helen and Rodney were blessed with two sons, David and Daniel, who grew up in Africa. From second grade and on, they attended a missionary children's school in Kaele, Cameroon where they lived in a dormitory with other missionary children and house parents. Being isolated during the rainy season and with no phones, Helen had to learn to trust in the Lord to watch over them. After finishing 8th grade, the boys then had to make a decision what to do about high school. The decision was made to travel over to Jos, Nigeria (about 12 hours and two border crossings away) to attend a high school run by several missions cooperating together.

As the Church in Chad and Cameroon grew and became increasingly self-sufficient, it seemed to be the right time for Rodney and Helen return to the States. In 1996 they left Africa and were called to serve Bethesda Lutheran Brethren Church in Eau Claire, WI. They served there for 18 years, during which time they made many lifetime friends.

Towards the end of their ministry in Eau Claire, Helen was diagnosed with Parkinson's disease, and life became more challenging. They retired from the church and in November 2013, moved to the Village Cooperative in Fergus Falls, MN.

Helen was preceded in death by her parents, and her brother Gordon. She is survived by her loving husband of fifty-six years, Rodney, and their children: David (Sonja) of Victoria, MN, and Dan (Rachel) of Fergus Falls, MN; and a sister-in-law Mary of Nassau, Bahamas; and 6 grandchildren: Kaela (Jack) Donaldson, Kyle, Gabriel, Sylvia, Tevianna, and Claire; as well  as several first cousins in Norway, and 2 nephews and 2 nieces in the Bahamas.

A video of Helen's service will be available here soon after the service.

Memorial Service: 2:00 PM, Saturday, December 12, 2020, at Good Shepherd Lutheran Brethren Church in Fergus Falls with visitation one hour prior to the service.

To order memorial trees or send flowers to the family in memory of Helen Venberg, please visit our flower store.