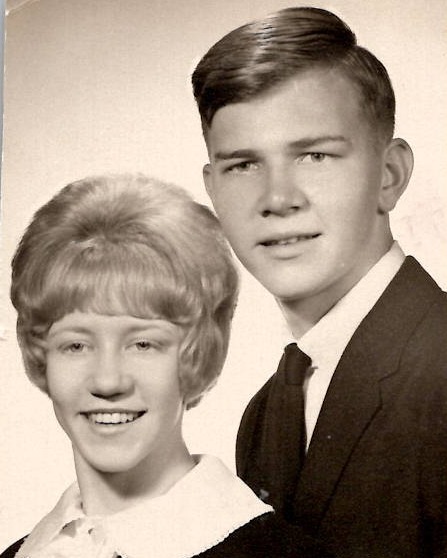 Grant James Nyhus and his twin sister, Gloria, were born February 17, 1945 to Bert and Eves (Anderson) Nyhus in Wadena, MN. The twins became children three and four and were later joined by 2 additional siblings, bringing the family to six. Grant was baptized and confirmed at Good Shepherd Lutheran Church in Henning, MN. He graduated from Henning High School in 1963 before going to Moorhead State where he got his bachelor’s degree. After college, Grant joined the army reserves.

Grant found his home in Minneapolis where he worked for Packaging Corporation of America for many years. He returned to Henning and worked for Lund Boats until his retirement.

Grant liked being on the lake and enjoyed reading and collecting coins.

He is survived by his brother Rick (Linda) Nyhus; brother-in-law Steve Shaw; and numerous nieces and nephews.

In lieu of flowers, donations can be sent to St. Jude Children's Research Hospital.

In lieu of flowers, donations can be sent to St. Jude Children's Research Hospital.

Interment will be held next spring.