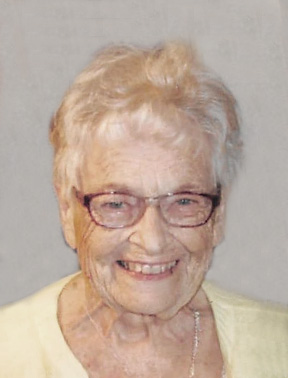 Grace Janet Skogen was born on July 10, 1933, third child of Carl and Agnes (Rasmussen) Petersen in Sleepy Eye, Minnesota.   In 1939, the Petersen family moved to a farm near Underwood where Grace attended Country School District #231, and then graduated from the Underwood High School in 1951.

Grace married Orris Skogen on October 9, 1954.  They were blessed with five children; three daughters, Connie (Trevor) Barry of Fergus Falls, Cathy (Kirk) Soldner of Arden Hills and Sharon (Larry) Taylor of Kodiak, AK and two sons, Dan (Dee) of Hewitt and Jeff (Mary Jo) of St. Louis Park.  In 1956, they purchased a farm in Maine Township where they lived until 1999, when they moved into Fergus Falls.  Orris passed away in 2002.

Memorial Service: 3:00 PM, Friday, July 20, 2018, at Glende-Nilson Funeral Home with visitation one hour prior to the service.

To order memorial trees or send flowers to the family in memory of Grace Skogen, please visit our flower store.