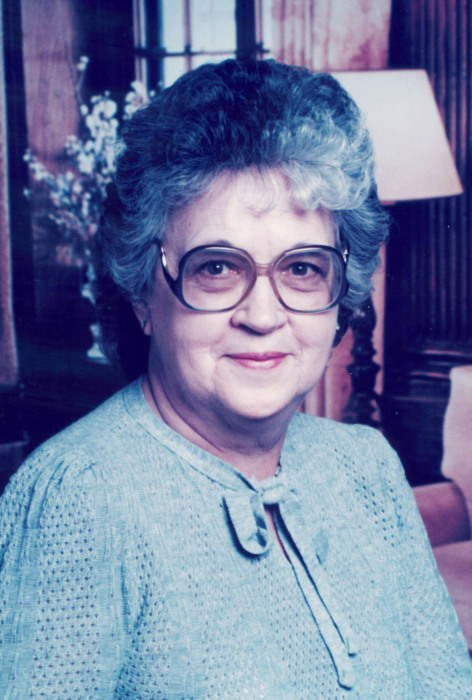 Gloria (Mersy) Wilkinson was born on October 29, 1922 in Oklee, Minnesota, the youngest of ten children born to John and Margret (Vaughn) Mersy.  She was baptized and confirmed at St. Francis Xavier Catholic Church in Oklee.  Gloria’s mother passed away when she was eighteen months old and was raised by her father and older siblings.

Gloria attended elementary school in Oklee and then St. Joseph’s Academy High School in Crookston, MN, where she graduated as valedictorian of her class in 1940.  She received a four-year scholarship to the College of St. Teresa in Winona, MN, and graduated with a degree in education in 1944.  She taught secondary mathematics in Cannon Falls, Pine City, Parkers Prairie, and Underwood, MN, retiring in January of 1985.

Gloria’s interests included traveling with her husband throughout Canada, Mexico, Europe, and the United States socializing with friends, reading, doing volunteer work, tutoring students and adults in Mathematics and going to the casino.

She was a member of Our Lady of Victory Catholic Church since 1948, Catholic Daughters of America for over 50 years, St. Roberts mission circle of which she was a charter member and was a member of the Ladies Auxiliary of the Veterans of Foreign Wars.

Gloria will be deeply missed by her family, friends and the many students who’s live she touched and affected during her many years of teaching.  Rest in peace, Gloria!

Visitation: 5 – 7 PM Wednesday, with a 6:30 PM Rosary, followed by a Prayer Service, at Glende-Nilson Funeral Home Fergus Falls, and one hour prior to services at the church.

Mass of Christian Burial: 11 AM Thursday, August 1, 2019, at Our Lady of Victory Catholic Church, Fergus Falls

To order memorial trees or send flowers to the family in memory of Gloria Wilkinson, please visit our flower store.