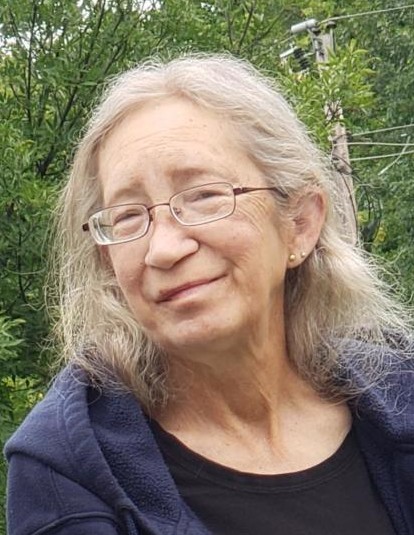 Gloria Jean Nyreen of Maine, MN passed away November 17, 2019 due to complications with diabetes. She was born March 30, 1957 in Faribault, MN.

Her parents were Richard Twernbold and Jeanette Grinager. She grew up in Rochester, MN where she graduated. She was the oldest sibling of five brothers.

Following high school, she moved to Colorado Springs where she met the love of her life, Lawrence Nyreen. Once married, Gloria became a supportive military spouse leading her on many adventures throughout the world. She impacted many people from where her family was stationed including: Germany, Panama, Italy, Virginia, North Carolina, Georgia, Colorado, and Minnesota. During that time, she held various positions and played many roles with the most important being the caring mother of three active boys.

Gloria and family eventually found their way back to Minnesota after military retirement. She continued in her adventures by tapping into her entrepreneurial spirit and opening Amor Rumors Restaurant & Bar. She became a staple of the small community opening her doors to those looking for a good place to eat, a warm atmosphere, and a story to tell.

Gloria enjoyed reading, spending time with her grandchildren, traveling, and seeing new things. Caffeine and a love for sweets provided Gloria the energy she needed to get her lists done.

She was happiest when others around her were happy. She lived a simple life, and led by example. She was an inspiration to her five brothers, three sons, and nine grandchildren. She will be greatly missed.

She was predeceased by her husband, Lawrence Nyreen who passed on November 4, 2002.

There will be a private family Funeral at Amor Lutheran Church.

To order memorial trees or send flowers to the family in memory of Gloria Nyreen, please visit our flower store.