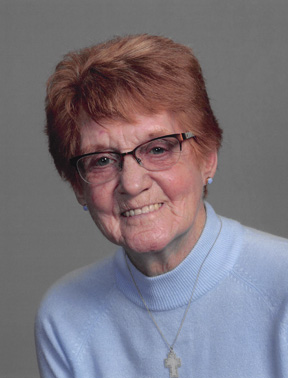 Gloria and Melvin Koplin were married on May 28, 1954, in New Rockford.  They lived in Evansville, Minnesota, Melvin was a mechanic and worked for Sanford Irrigation of Elbow Lake, and Gloria was employed in the medical field and was very organized.  She worked for Dr. Lueders in Evansville as a receptionist and then with the Alexandria Clinic as a transcriptionist, totaling forty-one years.  Gloria belonged to Faith Lutheran Church where she sang in the choir and was a member of the Evansville Senior Citizens.  She played organ and piano for Our Saviors Lutheran Church and then Faith Lutheran Church in Evansville.  Gloria enjoyed crocheting, flowers, cooking, baking her home baked bread and buns, and especially her family.

To order memorial trees or send flowers to the family in memory of Gloria Koplin, please visit our flower store.