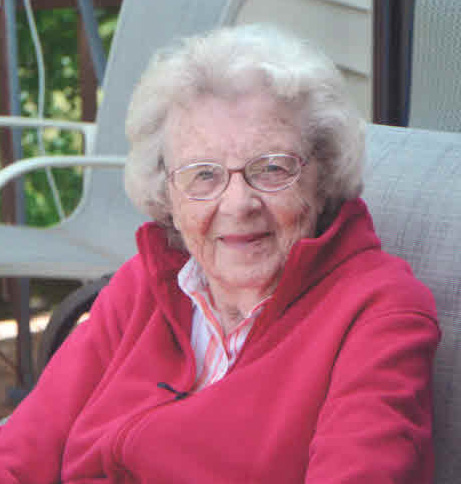 Gladyce Lenore Miller was born on July 10, 1927, at her parent’s farmhouse in Nidaros Township, rural Clitherall, Minnesota, the daughter of Joseph and Minnie (Paulson) Trosdahl.  She was baptized, confirmed and attended Sunday School in the Nidaros Lutheran Church.  Gladyce attended Country School District #155, in Nidaros Township, and then graduated from the Battle Lake High School in 1945.

Gladyce and Warren Miller were married on November 27, 1949, in the Nidaros Lutheran Church of rural Clitherall, Minnesota.  They always resided in Henning.  After high school and before her marriage she was employed with Armour Creameries in Fargo, ND, and then with the First National Bank in Battle Lake.  Later, after her kids were older, she worked as a custodian at the Good Shepherd Lutheran Church in Henning.  She was a member of Trinity Lutheran Church which became Good Shepherd Lutheran Church in Henning, where she taught Sunday School, was active in Circle and Service Group.  Gladyce enjoyed her flower beds, doing embroidery, loved to read, listening to music (a fan of Willie Nelson), taking walks, reading and writing poetry, watching the birds especially cardinals and chickadees.  She loved 4-H and won three free trips to the Minnesota State Fair.  Gladyce was blessed with a good singing voice and sang at many weddings, funerals and other gatherings in her younger years.

Memorial Service: 11 AM, Saturday, November 23, 2019, at Good Shepherd Lutheran Church in Henning with visitation one hour prior to the service.

To order memorial trees or send flowers to the family in memory of Gladyce Miller, please visit our flower store.

Corner of Balmoral and Marshall