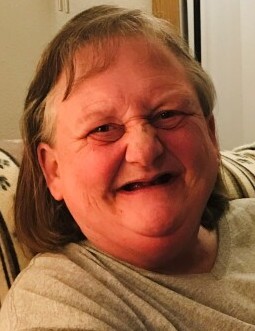 Geri Kay Williams was born on November 10, 1963, in Minneapolis, Minnesota the daughter of Burten and Marilyn Zoerb.  She attended school in Minneapolis graduating from Columbia Heights High School in 1981.  She worked various jobs throughout Minnesota.  Geri enjoyed her family and especially time with her children, Rebecca and Richard.

She is survived by her mother, Marilyn Zoerb; a daughter, Rebecca Williams; a son, Richard Williams; and by numerous nieces, nephews, relatives and friends.  Geri was preceded in death by her father, Burten Zoerb and her brother, Scott Zoerb.

Celebration of Geri’s life will be held at a later date.

Funeral arrangements are entrusted with the Glende-Nilson Funeral Home of Fergus Falls for Geri Williams.

To order memorial trees or send flowers to the family in memory of Geri Williams, please visit our flower store.